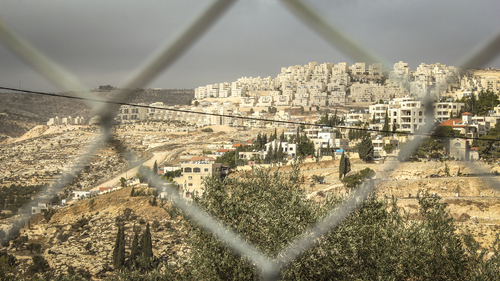 The anti-settlement monitoring group reported that most of the new government tenders are deep inside the West Bank. Earlier this week, the Israeli government advanced plans for some y 800 homes in West Bank settlements.

Construction of new settlements in the West Bank, which the Palestinians wish to make a part of a future independent state, has been mostly frowned upon by the international community. However, accelerated settlement construction flourished during the Trump administration. The Trump administration officials said Washington did not consider the settlements illegal under international law.

Peace Now has collected data showing Israel approved more than 12,000 settlement homes in 2020, the highest number since it started keeping tally in 2012.

“Our out-of-touch government leadership continues to press on with its mad scramble to promote as much settlement activity as possible until the last minutes before the change of the administration in Washington,” a Peace Now statement said.

President Biden is expected to reverse course and oppose construction of new settlements, reverting to the practice of the Obama administration in which he served as Vice President. The change of policy is expected to lead to clashes with Israeli Prime Minister Benjamin Netanyahu, now hard at work preparing for the March general elections.