Why wage policies are indispensable 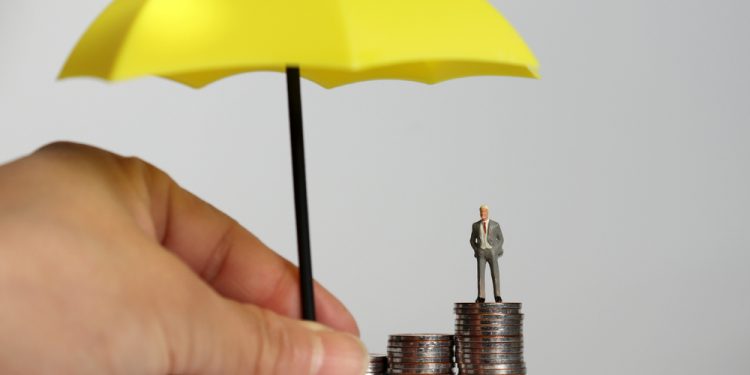 A hand holding a yellow umbrella and a miniature man standing on a pile of coins.

Berlin (Brussels Morning) The Corona-shock has put enormous pressure on wages. Rising unemployment is shifting the balance of power further in the direction of employers who – with their micro-economic mindset – are eager to cut wages as much as possible.

From a macro point of view that is disastrous. Stable demand by private households is what is urgently needed once the imminent effects of the crisis begin to fade. Yet mainstream economics advises otherwise. For the great majority of economists, falling wages are unavoidable whenever and for whatever reason unemployment is high.

In some respects, this {demand and supply view of the labour market} is disingenuous.  The metaphor presents a logically and empirically comprehensible way of explaining the real world through the analogy of the market, which is always and under all circumstances the main organisational principle.

The reference to the “labour market” achieves a particularly remarkable coup. As soon as one examines the relationship between workers and entrepreneurs through the lens of the market, we are lost.

After all, the market suggests that there is a link between the prices on that market and the quantity of the commodity (labour) traded, ensuring that even wide-ranging price fluctuations are not as bad as they would be without a market. However, that is not the case when it comes to labour relations.

When the price of mobile phones falls, it looks bad for the producer. But “no,” says the market economist, it is not bad at all because the producer can sell more pieces when the price falls.

If there are as many more units in demand and the price falls, the manufacturer is assured of the same turnover because more phones will be sold. If the price elasticity of demand, as economists call it, is close to one, the producer is automatically compensated for the lower price per unit and everything is fine.

According to this school of thought, the same can be applied to the “labour market”.  If wages fall – or rise less – as has been the case in the course of the Corona crisis, this is not good for the individual worker. However, for the workforce as a whole it means that more people find employment since there is more demand for cheaper work. That means that one does not have to worry about demand from private households.

What is actually disingenuous about this argument is the perception that demand from private households cannot be a bottleneck because it is automatically stabilised by the “market.”

Of course, if one thinks for a moment about this market mechanism so simply postulated by the prevailing economics, doubts immediately arise. Why should companies respond to a wage cut with an immediate increase in employment?

And indeed, the increase in employment has to be immediate, otherwise, after only a few days of delay, the whole mechanism will cease to work. Τhe workers’ immediate reaction to a wage cut and lower income is a drop in consumption and, therefore, companies have no reason whatsoever to hire more workers.

Companies replace workers with machines, not the opposite

Companies do not know the prices they will be able to achieve in a future market. If many companies simultaneously use wage cuts to {cut prices} and achieve sales growth, the effect fizzles out completely. Given this uncertainty, companies hesitate to take advantage of lower wages and replace capital (technology) with workers.

Since they don’t know what other companies will do, they cannot opt for more labour-intensive solutions – that would be a technological leap backwards – given falling or faltering labour productivity. But if a company does not automatically choose to replace machines with cheaper labour, then the supply and demand model made by mainstream economic theory no longer works.

In this scheme, we are no longer in a market world, but in a simple expenditure-revenue world.

If companies spend less money on wages, their revenue also deteriorates immediately because workers spend less. If their production capacity falls, entrepreneurs have every reason to lay off workers and/or lower their prices, in the expectation that wage reduction will be neutralised.

Basically, private households react the same as governments do with their budgets, by committing not to incur debt under any circumstances. If, for whatever reason, their income falls, they react by reducing expenditure. In the case of the state, we call such a reaction pro-cyclical and we know how dangerous it can be.

With private households, the logic is exactly the same. They cannot be expected to react counter-cyclically and reduce their savings when their income falls. Consequently, any wage cut or wage restraint is as damaging to employment as an austerity action by the state resulting from lower revenue.

Therefore, just as fiscal policy is indispensable, so is wage policy. The “wage question” is central to understanding economic development. The participation of people in the progress of productivity is in industry’s very own interest, because otherwise it lacks demand.

In this respect, neoliberal policies that began in the mid-1970s to increase labour market flexibility constitute a knowledge regression that takes us back to 19th century infantile capitalism.

Who, in a modern decentralised economy can ensure that the microeconomic view of the entrepreneur is not guiding economic policies? It should be governments.

The sad fact is that in most modern economies, particularly in Europe, governments refuse to reason in macroeconomic terms and to act accordingly. The discussion about public debt demonstrates this emphatically. But that is no reason to throw in the towel immediately. We have to live with the fact that it is not the state that disseminates knowledge, but that it is generated through scientific progress.

Only a critical approach to macroeconomics can succeed in raising awareness of the relationship between macroeconomic actors, wages and labour. That awareness needs to be raised first and foremost by trade unions, then by governments, and at some point shared by entrepreneurs that will no longer be able to ignore it.