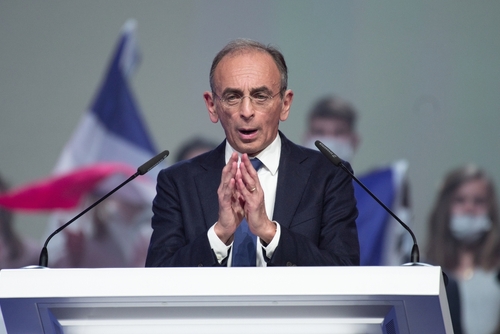 Belgium (Brussels Morning Newspaper) French far-right pundit and presidential candidate Eric Zemmour after a phone call he had with Donald Trump boasted of receiving encouragement from the former US president.

According to Zemmour’s campaign team, the two spoke for about 40 minutes on Monday evening, during which Zemmour told Trump that both their countries were facing a “battle of civilisation.”

Like Trump, Zemmour paints himself as a political outsider, while banking on his celebrity status and direct language. Zemmour’s books on French history and society, despite being panned by expert historians, have sold millions of copies. The far-right pundit has been featured regularly on right-wing talk shows, even as he repeatedly faced lawsuits for hate speech.

“He told me to remain who I am, that the media would call me brutal, but that what mattered was to stay true to myself”, Zemmour told reporters today. In spite of Zemmour’s claims of support, Trump’s team declined to respond to French media enquiries, and Trump himself stopped short of officially endorsing Zemmour.

Zemmour’s popularity waned late last year after a French tabloid reported that the 63-year old “defender of family values” had made his 28-year old campaign aide pregnant. However, the pundit has started regaining the ground he lost in the polls, and is now once again competing with the right-wing National Rally leader Marine le Pen and the Republicans’ candidate Valerie Pecrésse for the coveted second place in the first round of the presidential election, an outcome that if successful would likely secure him a runoff with the incumbent President Emmanuel Macron.