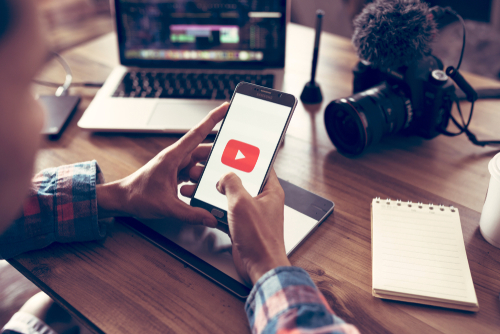 RT’s primary channel was initially issued with a warning, coupled with a one-week ban from posting on the service, but the broadcaster used its second German language channel, “Der Fehlende Part”, to bypass the suspension and continue posting.

A YouTube spokesperson confirmed that both of the broadcaster’s accounts were deleted after it attempted to circumvent enforcement of the initial one-week ban. The company stressed that its terms of service forbid the use of another channel as a means of avoiding compliance with the platform’s enforcement policies.

Russian mass media watchdog Roskomnadzor contacted Alphabet, the parent company of YouTube and Google, and demanded that the video-sharing platform rescind its termination of RT’s channels in Germany. Roskomnadzor also called for a public explanation for the termination. It threatened to fine the company up to 1 million rubles should it fail to reinstate RT’s two channels. Roskomnadzor also warned that it could block access to YouTube in Russia should it not comply with its demands.

RT editor-in-chief, Margarita Simonyan, tweeted that the ban amounted to “a real media war declared by the state of Germany to the state of Russia”, despite having been in fact instituted by a private, US-based entity. Simonyan went on to insist that Moscow should respond in kind by banning German state media broadcasters in Russia like Deutsche Welle, ARD or ZDF.
YouTube clarified that its coronavirus misinformation policy aims to remove all content which goes contrary to medical information on the virus provided by the World Health Organization or by local health authorities. RT’s channels featured content that cast doubts on the existence of a second wave of the pandemic in Germany, while also reporting an alleged “vaccine massacre” in Norway.