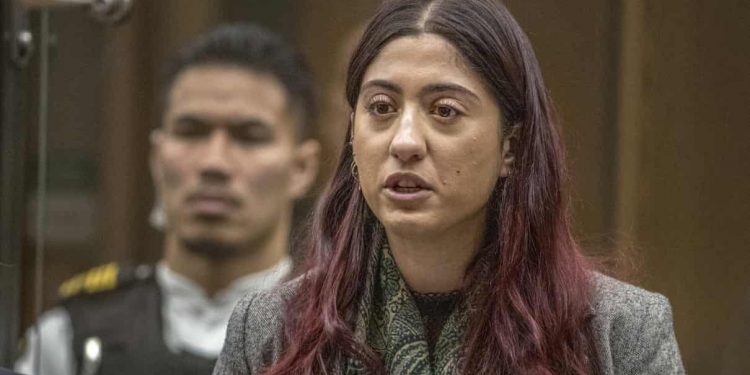 On the first day, many of those coming to address the terrorist in court seemed hesitant. The next day, the mood seemed to change as more victims appeared emboldened to speak of their rage. By the third day – Wednesday – the floodgates had opened.

“My 71-year-old dad would have broken you in half if you had challenged him to a fight,” Ahad Nabi told a hearing in Christchurch, New Zealand, to determine whether the Australian gunman would ever leave jail.

Nabi’s father and 50 others were murdered by the gunman, Brenton Tarrant, 29, during his attacks on two mosques in Christchurch in March last. The killer had amassed a stash of semi-automatic weapons; Nabi was among many of his victims to say he had hidden behind them. “You are weak,” Nabi said. “A sheep with a wolf’s jacket on, for only 10 minutes of your whole life.”

Nabi, wearing a shirt from the New Zealand Warriors rugby league team topped with a pakol, a traditional Afghan hat, took to the witnesses’ table with a swagger, pausing for long looks directly at the gunman.

“Your father was a garbage man and you became trash of society,” Nabi told Tarrant. “You deserve to be buried in a landfill.”

The world had been created “with colour”, Nabi added. “A peasant like you will never change the human race.”

Tarrant had originally pleaded not guilty to the charges he faced – 51 counts of murder, dozens more of trying to kill, and a terrorism charge. In March, abruptly, he admitted to all charges. All that remained this week was for a judge to decide whether he will be the first person in New Zealand, under current laws, to be given a sentence of life with no chance of parole.

But before that, he must sit metres away from those bereaved or wounded by his actions – more of whom signed up to speak on Wednesday, as the statements were expected to draw to a close.

Among them was Sara Qasem, 25, “daughter of a hero, daughter of a shining, glimmering man.” Remember his name, she repeatedly told the gunman: Abdelfattah Qasem.

Tall and poised, with long dark hair, the young teacher looked hard into the gunman’s eyes as she spoke. “All a daughter ever wants is her dad,” she said. “I want to go on more road trips with him. I want to smell his cooking, his cologne.”

She clarified, to Tarrant: “Let it be known these tears are not for you.” She wanted to hear her father’s voice, she added. “I’d never really truly known what the meaning of a broken heart was before then.”

Others spoke of the children they had lost. Aden Dirye spoke to the court about his son, Mucaad Ibrahim, who had been three years old when the gunman deliberately shot him, twice.

His father had thought Mucaad would become a police officer one day.

“I will never forget how he would play in the mosque and make friends with every worshiper who attended, young and old,” he said. Mucaad had been the happy heart of his home and beloved at kindergarten.

“I don’t know you, I never never hurt you, your father, mother, or any of your friends,” Dirye added. “Rather, I’m the type of person that would help you and your family with anything.”

He did not forgive the gunman, he said before he resumed his seat. Tarrant, making eye contact, nodded briefly. The gunman has sat pale and impassive in the dock, occasionally acknowledging the words of his victims, especially when directed at him.

Another father, John Milne, used the gunman’s first name when he produced two small photos of his 14-year-old son, Sayyad Milne, who was slain at Al Noor mosque. One of the pictures was for the judge considering the sentence, he said. The other, he hoped, would be given to “Brenton”.

They were just a few of the 16 who addressed the court on Wednesday morning. More than 80 are due to speak.

When the victims’ statements have finished – which is expected on Wednesday – the judge will hear submissions from prosecutors and the gunman – who is representing himself – about what the length of the man’s prison term should be. Justice Cameron Mander is expected to pronounce his sentence on Thursday.

Strict physical distancing rules due to a Covid-19 resurgence in New Zealand require limited numbers in courtroom 12, where the gunman sits, but seven additional courtrooms are filled with families watching the proceedings by video.

During breaks in the proceedings, the hallways fill with laughter and chatter, people calling out to and hugging others they know. Regular cases are not being heard in court this week, and where the cafeteria and hallways would normally host disparate, huddled groups, all with their own business to attend to, here it seems everybody knows everyone.

“In the end, love will always win,” said Sara Qasem, towards the end of her statement. By the time she had finished, many in the court, including officials and reporters, were in tears.

“I urge you to take a look around this courtroom and ask yourself: Who exactly is the other here right now?” She asked the gunman. “Is it us, or is it you? I think that answer’s pretty clear.”