Yet another Brussels plenary for the European Parliament this week 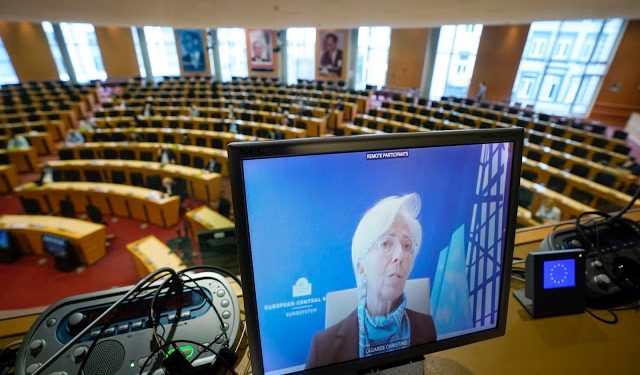 Members of the European Parliament convened in Brussels Monday on an exceptional basis for the Parliament’s plenary session that would have been be held in Strasbourg were it not for coronavirus travel restrictions that necessitated the change of venue.

The week’s main debate on  Wednesday will focus on the Commission President’s State of the Union speech, the main thrust of which will be on the consequences of the corona crisis and its economic impact. The EU’s climate policy will also feature..

The need for an EU civil protection mechanism

Yesterday afternoon (14 September) the plenary began with talks on an EU civil protection mechanism, another corona crisis-related issue. MEPs are eager that the EU has the capacity to  respond to large-scale emergencies so that the EU countries are not left to their own devices when hit by an emergency (vote to follow on Wednesday).

MEPs were scheduled to discuss the EU’s economic recovery plan, the Next Generation EU initiative and budget funding totalling €750 billion in both grants and loans. The  budgetary initiative depends on the final determination of the EU’s own resources which has to be ratified by all member states.

Upcoming financial decisions also have implications for the EU’s regions, which are expected to steer local economies towards a green transition in terms of energy use. The Just Transition Fund set up for this purpose awaits decision EU ministers with the Parliament to agree its position by Wednesday.

MEPs kick off their week with a discussion about breaches of the rule of law in Poland and are expected to call on the Council and the Commission to act to protect fundamental rights in the country.

On Tuesday, MEPs will discuss the state of COVID testing and risk classifications, a vital issue plagued by a lack of EU coordination measures, with special consequences and relevance for the Schengen area. Also on Tuesday, in a series of debates with EU Foreign Policy Chief Josep Borrell, MEPs will have the opportunity to comment on the situation in Russia and the poisoning of Alexei Navalny, on Belarus, Lebanon and on next week’s EU summit. Resolutions will be put to the vote on Russia, Belarus and the Eastern Mediterranean.

On Wednesday, MEPs will also attempt to agree on the Parliament’s position on the EU’s seven-year budgetary term that resumes from next year. Tough negotiations with EU ministers are expected to follow as the Parliament is likely to urge for greater EU expenditures and a larger scope for EU resources than the levels EU ministers are willing to accept.

On Thursday, MEPs are expected to call for an urgent EU response to address the humanitarian crisis on the island of Lesbos following last week’s disastrous fire at the Moria refugee camp. week.