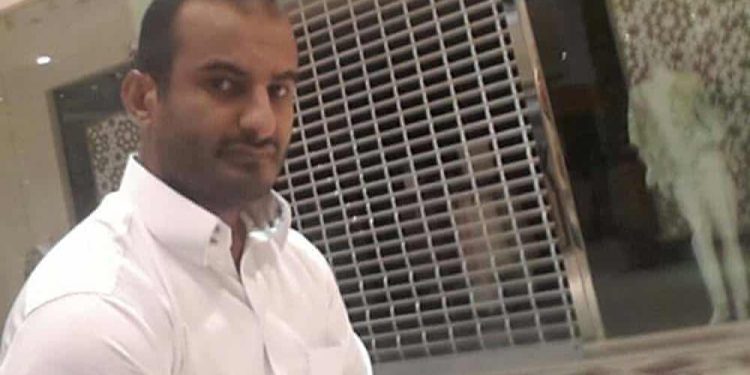 A man who fled war-torn Yemen, made a difficult journey to Europe and two months ago survived a Channel crossing in a flimsy boat has been found dead in a Manchester hotel room.

Abdullah Ahmed Abdullah Alhabib 41, was found dead on 6 August in a room where he had been placed by the Home Office after arriving in Dover on 11 June seeking asylum.

The cause of his death has not yet been confirmed and is under investigation.

Alhabib travelled on the small boat with 15 other people from Yemen, Syria and Iran. After they were picked up by the Border Force, Home Office officials detained a group of them at Yarl’s Wood immigration removal centre in Bedfordshire for three days before moving them to the hotel in Manchester.

One of the asylum seekers from Yemen who was in the boat with Alhabib and was then placed in a neighbouring hotel room told the Guardian: “I did not know Abdullah before we found ourselves in the dinghy together. We did not recognise the language of the smugglers. They charged us €2,000 or €3,000. The journey was terrifying. Every minute of it we felt we were hovering between life and death and could drown at any time.

“All of us on these journeys, we have lost our country, lost our family, lost our future. When we got into the boat in Calais we felt the sea was the only place left for us to go.”

While the group in the boat were relieved to have survived the journey, one of them said it was very difficult for them to be locked up in “prison-like” conditions in Yarl’s Wood because of the trauma they had experienced previously.

One said that although the hotel in Manchester was good, all of them were frightened of being sent back to Yemen via European countries they had passed through.

The Home Office has chartered two flights next week for asylum seekers who passed through other European countries before reaching the UK.

“Abdullah was frightened all the time about this,” one of the asylum seekers said. “His wife and four young daughters, the oldest who is just 10, are still in Yemen. His dream was to bring them out of Yemen to safety. Now that will not be possible.

“Abdullah was so anxious and stressed all the time, waiting for a knock on the door to arrest him and send him back to his country. We did not know of any physical illness he had. He took exercise and ate healthily. He was a very gentle man. When we went out from the hotel, if he saw rubbish in the street he always picked it up and put it in the bin.”

Another asylum seeker said hotel staff raised the alarm when Alhabib was found unresponsive in his room.

“Now that Abdullah is dead, we are worried that the same thing will happen to us,” he said. “We all asked the doctor to check our hearts and our blood pressure. The Home Office has already taken six Yemeni asylum seekers from this hotel and put them in detention in Brook House immigration removal centre near Gatwick ahead of the charter flight next week. We cannot sleep. We are waiting for a knock on the door and for the Home Office to come and take the rest of us. We feel we are on death row.”

A spokesperson for Greater Manchester police said: “At around 11.10am on Thursday 6 August, police were called to a report of concern for the welfare of a man in a property on Palatine Road, Manchester. Emergency services attended and a man in his 40s was sadly pronounced dead at the scene.”

A Home Office spokesperson said: “An individual tragically died in the … hotel earlier this month and all our thoughts are with their loved ones at this time.”