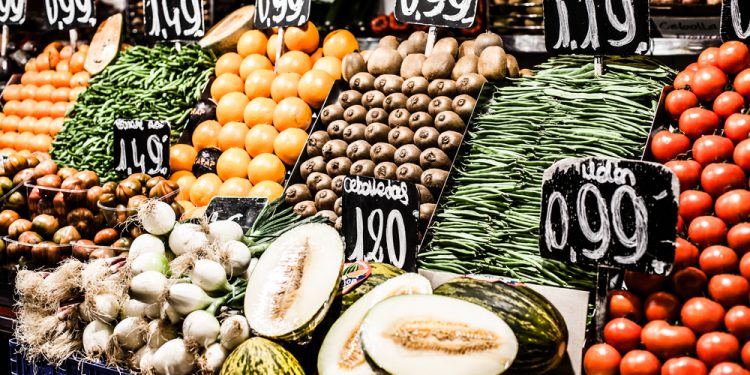 Brussels (Brussels Morning) The UN’s Food and Agriculture Organisation (FAO) notes that world food prices are the highest they have been since the end of 2014, with November recording the sixth consecutive month of growth, DW reported yesterday, Thursday.

The FAO index, which measures monthly food price changes, shows significant price hikes for several food products in November, with the index averaging at 105 points in contrast to 101 for October. FAO points out that monthly growth in November was the sharpest since July 2012.

The price of vegetable oil jumped 14.5% on a monthly basis, largely due to a rise in palm oil prices. Sugar went up by 3.3%, reflecting unfavourable weather conditions in the EU, Russia and Thailand, and giving rise to concerns about a global production shortfall.

Prices of cereals grew 2.5% on a monthly basis, and were close to 20% above last year’s level, while meat and dairy prices increased 0.9% compared to October, but dropped 13.7% on the annual level. On a monthly basis, prices of beef and pork increased, while poultry prices dropped.

The FAO warns that higher food prices present an additional burden for those who are already struggling to make ends meet in the coronavirus crisis. The pandemic was “an important driver of the levels of global food insecurity.” The pandemic is making things worse in parts of the world already suffering from conflicts and weather upheavals, the organisation noted, citing floods in Africa and hurricanes in Central America.

The organisation adjusted its forecast for this year’s global cereal harvests downward, while noting that production is still on track to hit an annual record, Reuters reports. It expects 2.742 billion tonnes of cereals to be harvested this year, 1.3% more than in  2019.