Women and the New Polish Order

by Dr. Anna Zachorowska-Mazurkiewicz
in Economy 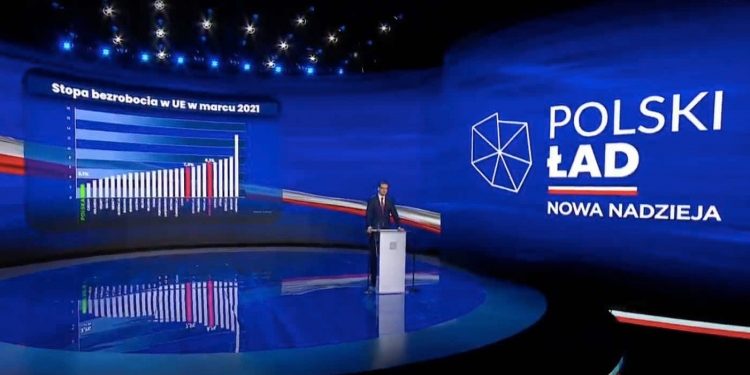 Warsaw (Brussels Morning) The New Polish Order is a political programme announced last month by the ruling coalition. In the document, the country’s current leaders describe the changes implemented within the last five years, as well as present the future direction of their policies and programmes. The authors of the New Polish Order inform the readers that the programme is a strategy for civilisation change.

I would like to look at chosen parts of the programme that, in my opinion, will impact the status of women in Poland. When considering this situation, we may also refer to three gender-based gaps – work, pay and pensions. Let’s start with the first one – the gender work gap that describes the time allocation between paid and unpaid work performed by women and men, as well as the segmentation of the labour market. Results of the time-use survey show that women spent more time on work in total, and less time on leisure.

The difference in time spent on total work (paid and unpaid) comes from their engagement in unpaid work. On average, they spent one hour and 45 minutes more on household and family care than men. The time allocated to paid work is one hour and one minute shorter for women than for men.

Significantly, this identified gap in the allocation of time is not narrowing. While comparing the two most recent time-use surveys conducted in Poland, we can observe an increase in both types of work by women and men, which led to the increase in the total work burden by 42 minutes for women and 36 minutes for men, causing the gender time gap to widen. As yet unknown are changes introduced to our time allocation caused by COVID-19 and, perhaps more importantly, by the lockdowns introduced in Poland as well as most other countries.

The time allocation as described is certainly rooted in the traditional perception of women as caregivers and men as breadwinners. However, political instruments may influence it as well. In 2016, after the previous time-use survey in Poland, the government introduced Family 500 +, a family allowance scheme aimed at providing 500 PLN per child. At the beginning, the allowance was paid to parents who had more than one child, but eventually, it has been widened to include all children.

The programme aimed to increase the income of households, cut the costs of childrearing and increase the birthrate. The amount averages out at a rather lowly 110 EUR per child, but there was still an immediate effect observed after the implementation of the programme. In the first year after Family 500 + commenced, it contributed to around 100,000 women leaving the labour market. In a society in which women still bear primary responsibility for childcare, the programme effectively reinforced gender inequality.

Gender division of labour observed in households spreads to other areas of human activity, like the labour market, translating into occupational segregation. Gender differences in occupations have been and continue to be striking. Women dominate in jobs that resemble their traditional gender roles and are linked to care and services, while the ones in which men dominate are associated with physical strength. Women dominate in health care and social work (80% of employed), education (78%), while men dominate in mining and quarrying (90%) and construction (89%).

And how does the New Polish Order address the gender work gap? The authors of the strategy certainly acknowledge the importance of unpaid work, including the care work performed in households by women. They recognise it and are clearly willing to introduce change to the labour market, so that it will be easier for women to do this work for free.

Their propositions include: flexibility of paid work – part-time employment for parents, requiring the employer to implement one of three solutions if parents have no access to care institutions – home office, part-time employment, and flexible working hours. In this part of the strategy, both parents described as beneficiaries of the scheme.

However, there are also parts in which mothers are singled out specifically as the ones responsible for child care. We note that in the document, labour office consultants are to advise young mothers to work in sectors that will allow them a work/life balance.

What needs to be underlined is that the authors of the New Polish Order recognise the importance of institutional care as an instrument promoting employment. Nurseries are to be established in workplaces in the cases companies and organisations that employ more than 250 people. Additionally, each local authority will receive extra funds to establish public nurseries. In the New Polish Order, investments in care, education, health, sport and solar energy are all mentioned. One of the eyecatching ideas is for facilities functioning as both day care centres for the elderly and as kindergartens. In such institutions, children will have an opportunity to develop emotional and social competences and seniors will engage in educating new generations.

Assigning women unpaid work within households undoubtedly has consequences in the labour market. Economists, like Deborah Figart or Heidi Hartmann, point at the negative influence that the higher share of women in a given occupation has on the level of earnings. Through occupational segregation, some professions start to be treated as “feminine” and paid less, essentially because of this fact. The segregation of the labour market translates into a gender pay gap and, according to the World Economic Forum’s Global Gender Gap Report 2020, wage equality for similar work in Poland was ranked as the lowest out of all economic measures (and 116th out of 153 countries).

It’s not surprising, then, that in the New Polish Order we can read about a gender wage gap. The strategy promises that big companies (employing more than 250 people) will be obliged to make employees’ remuneration public. Unfortunately, the procedure in the document mentions that the onus is on the individual employee to enquire about the gap and the reasons for it. Additionally, it is the segmentation of the labour market that impacts the differences between women and men’s paychecks the most. Thus, a strategy that does not recognise the difference between sectors and industries is less likely to be successful.

The gender work gap translates into a gender pay gap, and later on into a gender pension gap. The pension system has been through a number of transformations in Poland, starting in 1999. After the changes, the level of benefits depends on contributions paid, but more precisely the period of time during which they are made. The longer that someone collects contributions, the higher the benefits they will receive when retired.

As aforementioned, women in Poland already earn less than men, but additionally the official retirement age for women is 60, while for men it’s 65.

This was reintroduced by Poland’s current political leaders after the previous attempt to make the retirement age equal for both genders. The new pension formula more directly reflects gender differences in earnings. Time spent caring for children and other dependents is valued only at minimum wage for pension purposes. As a result, the earlier retirement age for women means lower retirement benefits. The difference between men and women’s pensions in 2018 equalled 270 EUR per month on average.

The New Polish Order makes provision for working for longer. Seniors will be encouraged to continue employment beyond the retirement age with the incentive of tax relief. However, there is no plan to make the retirement age of women and men equal, nor a mechanism for including the long unpaid work hours performed at home by women to feed into their pension.

As William Dugger states, the real solution to the problem would be an institutional reconstruction that eliminates systems of inequality, not marginal adjustment that smooths off the rough edges of that system. The recent changes introduced in the Polish system seem to be of the latter kind. Programmes already working in Poland include: the Family 500 + programme, reversing the changes aiming to increase and equalise the retirement age of both women and men, as well as most recently, the changes to reproductive rights of Polish women (a decision of the Constitutional Court regarding the restrictions in the access to abortion).

These changes underline the role of the mother to be played by Polish women. Such a perception is further strengthened in the New Polish Order. On the cover page of the document, we can see a picture of a family consisting of a mother, a father and three children. Not only that, the mother looks pregnant again. And this illustration presents the main message that the government is sending to Polish society and particularly women regarding their main assigned role. The document states that the family is at the centre of society and is going to be promoted as such. At the centre of the family is a woman and her unpaid work. And such a model reaffirms the gender work gap, leading to a gender pay gap, translating into the gender pension gap.