Women entrepreneurs as a Brussels trademark in the US 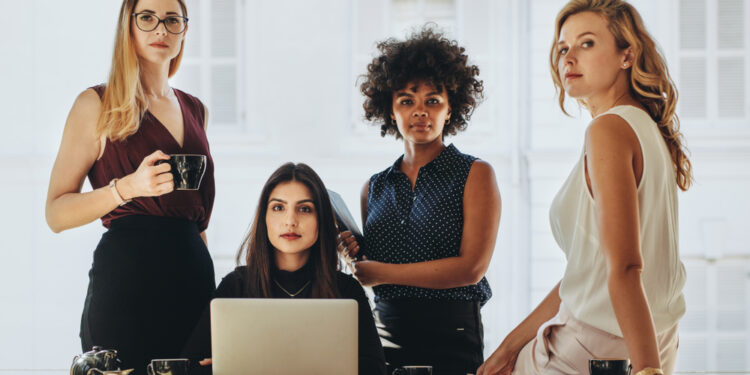 Brussels, (Brussels Morning)-  This week, the regional business agency hub.brussels puts the Brussels economy in the spotlight in the United States. A national trade mission is currently underway there. The agency is led by a team of women. And they consciously give the female entrepreneurs extra attention during this mission.

“It is fundamental in the revival of the economy that we involve half of the world’s population,” says Isabelle Grippa, CEO of hub.brussels. “Today we know that it is not yet the case for entrepreneurs. By meeting women abroad and sharing our experiences, we can inspire each other. And we can also achieve real, economic exchange.”

On Monday, such a networking moment took place in the city of Atlanta in the United States as part of the princely trade mission from our country to the US, reported BRUZZ. The Brussels agency organised a separate session with speeches by, among others, Solvay CEO Ilham Kadri and a panel discussion with female entrepreneurs from Brussels and Atlanta. The successful tech entrepreneurs Doll Avant and Jasmine Crowe were also present. They provided a round of female empowerment with applause and cheering from the audience. In that room: especially women.

“If we make a comparison between female entrepreneurship in Brussels and the US, I think that here there is even more focus on sharing experiences, but also on financing women from both the private and public sector. In the latter, Brussels can still grow,” says co-founder Aline Muylaert of the Brussels company Citizenlab, who moderated the panel. Muylaert does see many opportunities for female business leaders in Brussels, if they start. “The question is: how can you fill the pipeline and ensure that women dare to take the step into entrepreneurship?”

Since 2014, hub.brussels has had a separate service to support women in this. ‘Women in Business’ is a platform of 30 organisations from the public and private sector that work together on the challenges for women and guide them as entrepreneurs. The approach seems to pay off: in the past ten years, the number of female entrepreneurs has tripled from 10 to 30 percent. The national average is 35 percent. On the other hand, in 2020, 9 out of 10 women in Brussels were still found to quit after six months, due to lack of funding. Only one in ten start-ups is led by a woman.

In the current mission, too, the Brussels delegation counts 24 business women against about 100 men. “Yet that is an improvement compared to ten years ago,” says Isabelle Grippa. “We don’t have bad numbers compared to other major cities, but of course we want to get to fifty percent female entrepreneurs instead of thirty,” she says. “We must consider the issue of women separately from minority inclusion policies, simply because women are not a minority.”

As a Brussels emblem, chemical company Solvay is also prominent during the mission. A new innovation lab was opened in the US on Sunday, while CEO Ilham Kadri spoke again on Monday. This time about her role as female CEO.

“If we keep working at the current pace, it will be another 135 years before half of the world’s business leaders are women. That has to be done faster,” says Kadri. “Supporting women is not just a good cause: it serves to develop talent. You don’t just do that through quotas, but with an inclusive work culture where you listen to everyone. People need to be able to feel good at work, in order to ultimately perform better.”

The fact that Brussels offers support for women could count on sympathy from those present from Atlanta. That city itself is increasingly committed to inclusion and, in its own words, has the most black business leaders in the US. Companies like Google and Microsoft are coming to Atlanta to look at the diversity policies of local entrepreneurs, the local Chamber of Commerce said during the session.

“We see that the American entrepreneurs are very qualified and inspiring. We will return to Brussels with those experiences,” concludes Isabelle Grippa. On Wednesday, hub.brussels will organise a similar exchange with female entrepreneurs from New York.