Women are each other’s homeland

by Hilal Dokuzcan
in Europe 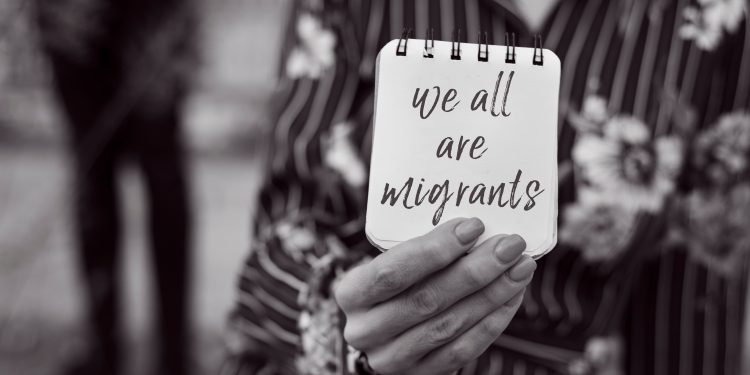 As Turkey withdraws from the Istanbul convention – to which an AKP government acceded in 2011 – a Turkish politician reflects on the prosecution of women, everywhere. There is no homeland for women, she notes, other than other women.

Istanbul (Brussels Morning) The first quarter of the 21st century brings to the fore diverging dynamics of development: from lives confined at homes to smartphone-enable limitless communication.

On the one hand, we witness the prolongation of average life expectancy with breath-taking technological development accelerating during economic crises. On the other, we debate immortality while children die in poverty and hunger and millions flee war and terror. While we plan settling on Mars, millions of people are forced to suffer inhuman conditions on Earth. While global communication takes seconds via the Internet, making a 100-meter stroll from one country to another is often impossible.

According to the 2020 IOM report, the number of immigrants has reached 272 million. UNHRC notes that people on the move that flee their country for various reasons – war, civil unrest, terrorism, and economic hardship – are now in the region of 71 million people. In the last 50 years, the population of immigrants has increased threefold and 20 people per minute become refugees.

Almost half of them are women.

Women are subjected to violence, sexual harassment and abuse. They can be forcibly detained and trafficked. They are enslaved, forced into early marriage, left out of decision-making processes and continue their lives in poor health conditions and economic hardship.

While the transition from one culture to another can be very fast, there is a need for new laws, international support, solidarity, and networks. Social marginalisation, racism, and the mutual victimisation is a global challenge. And there are possible responses to this challenge: raising awareness, emphasising empathy, promoting informed opinion, international understanding, and limiting scope for discrimination.

A woman is a homeland

A person’s first home is in his or her mother’s body.

There one comes to life, develops, grows and emigrates from as soon as the time comes. Life starts with the first migration. That is a really difficult journey.

People’s individual journey is a global quest, for individuals and states alike, on a micro and macro level. As things stand, this journey is harder for women than it is for men, because there is no world in which a woman can realise her potential, gain recognition and hope for the fundamental respect of her human rights. After emigrating from her mother, she moves from one man’s power to another man’s power, migrating from one house to another.  A woman is a migrant from the moment she is born, sometimes a refugee, sometimes an asylum seeker, but without a homeland in sight.

We must reflect on our migrations. Have you ever migrated from place to place? Where did you migrate from? When did you become a refugee? Who migrated from you? Understanding ourselves can make it easier for us to understand someone else’s life. Whose life have you made easier? However, the system continues to serve power. Migration is a humanitarian problem.

It is an area where hierarchy and discrimination is acute, the power relationship between those of fixed abode and the immigrant continues to produce inequality. The struggle for women’s rights, which is shaped on this basis, is also a struggle for humanity. This struggle demands equality, justice and freedom.

First of all, empowerment is necessary, an awareness of what we can do. Blending the unwritten history of women with our personal story and appreciating its impact on collective consciousness creates a valuable awareness. Is there a place other than our consciousness left to migrate in a male-dominated world? No more….

At this point, the decision to withdraw from the Istanbul convention, which is very important for women, is unacceptable. This presidential decree is relevant for all women, not just women living in Turkey. A very important contract with women has been turned into an issue of political bargaining. This is a great injustice, a violation against human rights and democracy. And it is a provocation that will be met with struggle and solidarity.

To be a home or not to be? That is the choice.

After all, life is made up of interrelated things and there is systematic movement. It is then in our hands to make this century a time for women. When we say that ‘a woman is another woman’s homeland’ we will not only be a homeland to each other. We will not accept political systems that ignore us indefinitely and we will make this world a homeland for humanity.