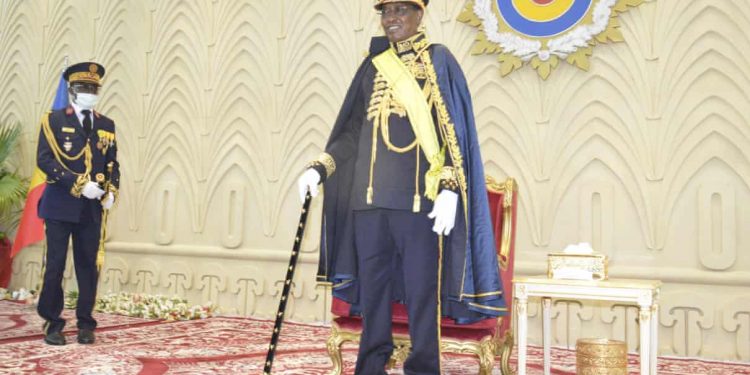 Once a year, there is a ranking of the conditions of the world’s nations. It’s like a country’s report card, with health, education and living standards as key indicators. The UN’s Human Development Index tells citizens – and campaigners like me – how well or badly a country is doing.

Since 1990, the year Idriss Déby seized power, ousting his mentor Hissène Habré in a bloody war, Chad – a landlocked former French colony that separates the Sahara in the north from the savannah in the south – has consistently ranked at the bottom of the index, fluctuating between 160 and 187 (out of 189).

Yet Chad should be a stable and rich country. It sits atop reserves of some of the world’s most precious natural resources, including uranium and gold, and pumps about 130,000 barrels of crude oil a day, generating billions of dollars in annual revenues. But, not surprisingly, very little has trickled down to the population, who remain desperately poor.

In October, the Global Hunger Index listed Chad as experiencing “alarming” levels of hunger. This heartbreaking level of poverty and 68-year-old Déby’s misrule are not coincidental. It’s part of a pattern causing devastation across the continent.

True, the autocrat organises regular multi-party elections, but no election has ever produced reform or a change in power. Déby rules, and controls access to – and revenues from – oil, with absolute power. He is in effect “president for life” and does not tolerate any challenge from the public, opposition parties or civil society groups. In fact, during his 30-year reign every state institution – the courts, the media, the opposition, civil society – has been destroyed; an old-style way to keep himself in power.

The country’s oil money – 80% of which was earmarked for agriculture, health, education and infrastructure – seems to have been diverted to almost anything but to lift Chadian people out of poverty. Déby’s government has not only squandered hundreds of millions of petrodollars, leaving Chadians with only debts and broken institutions, but also indulged in vast spending – and even borrowing – to equip his security forces with the latest weapons to repress citizens, opponents and campaigners demanding food and reforms.

The outcome is difficult to ignore. In a country of 15 million, there are about 100 hospitals, and a few hundred qualified doctors. According to the UN, 8% of infants do not survive their first year and 20% do not live to see their fifth birthday. Of the population, 70% cannot read or write, 80% live in total poverty on less than a dollar a day, and 90% are unemployed.

The average citizen lives to the age of 53. In 2019, Transparency International placed the country 162 (out of 180) in its annual list of the most corrupt countries in the world. On top of all this, Lake Chad – the principal life source of the Sahel – is shrinking in the climate crisis, placing the poverty-ravaged population at even greater risk of famine.

For a country that is in an unusually dangerous neighbourhood – with Boko Haram in Nigeria in the east and Isis in the north – this is troubling. It should concern us all. But Déby’s main backer, France, remains quiet, raising uncomfortable questions: when will France decolonise and stop supporting brutal leaders like Déby – or, for that matter, Ali Bongo in Gabon, Alassane Ouattara in Ivory Coast or Faure Gnassingbé in Togo – holding their people and their country in the past, both economically and politically?

Indeed, in 2017, Déby told Le Monde he was made – and thus agreed – to remain in power under French pressure. The following year, Chad’s parliament revised the constitution to allow him to retain the office until 2033, when he will be 81. Unsurprisingly, this week he went a step further to cement his autocracy and at the same time further eroded the prospect of change.

To mark Chad’s 60th anniversary, on 11 August he made himself “Maréchal du Tchad”. He even dressed like Mobutu Sese Seko, another kleptocrat, when he made himself “Maréchal du Zaire”. It is all a desperate attempt to strengthen the idea that he personally embodies Chad’s stability and security in the global anti-jihadist fight in the Sahel, which has made it increasingly difficult for many to imagine a peaceful transition from him to any successor.

In my opinion, Déby – who has total control of the government, and is showing no signs of slowing down – is actually Chad’s greatest threat to stability, democracy and development. He behaves the way he does because he doesn’t need the consent of his people and he knows internationally he is protected by the French while Chadians die of hunger.