Will digital assets soon become an alternative to fiat currency? 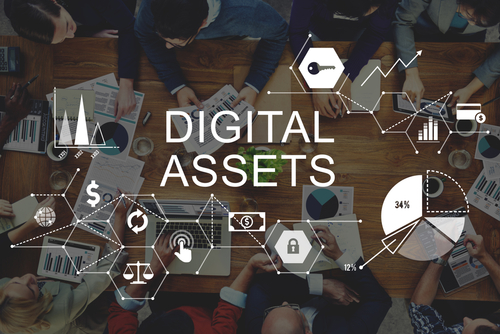 Brussels (Brussels Morning) Digital assets have long been operating independently and have grown to become a viable investment option for many. In recent times, several financial institutions have also started to consider digital currencies as a safe and economical alternative to fiat money.

So, at this point, how are things looking for digital assets and what can be expected in the future?

The growing acceptance of digital currencies across the globe

The Chinese Central Bank, the European Central Bank and the US Federal Reserve, three of the most prestigious global financial institutions, have plans to launch their digital currencies very soon.

Chinese virtual currency Renminbi (e-RMB) is practically ready for the market and is currently undergoing public testing since April 2021. On the other hand, the ECB wants to decide on how the digital Euro project should be promoted.

Back in July, the European Central Bank announced that it would advance the development of a digital Euro. In the next two years, it will be examined how a digital currency can be designed and distributed. So far, the central bank has only done preliminary work on this. Whether a digital Euro will be introduced, however, will be decided later. Such digital currencies have little in common with cryptocurrencies. They would be more of a digital alternative to cash.

Given the growing acceptance by such institutions, it’s not far-fetched to assume that digital assets will soon become a viable alternative to fiat currencies sometime soon.

It is clear, however, that many central banks want to regulate cryptocurrencies more closely. China was the first major economy to ban cryptocurrencies in 2017 and crypto mining in May 2021. Since then, the Chinese government has also switched off many of the data centers for cryptocurrencies that are in the country.

Until very recently, two-thirds of all bitcoins were mined in China. Nevertheless, most investors believe that cryptocurrencies will not disappear completely as many of the government-funded FinTech projects rely heavily on them.

What is Bitcoin and is it a good investment?

The current cryptocurrency market is attracting unparalleled attention from new investors, especially from the younger workforce of the millennial generation. Among the thousands of coins and tokens, Bitcoin is one of the most famous and go-to investments that seem to offer very promising returns not too far into the future.

However, it’s worth noting that the price of Bitcoin keeps rising astronomically (and then often nosedives very sharply). The reason behind it is quite simple: since cryptocurrencies are not opposed to any real value, their prices on various trading exchanges depend solely on their supply and demand at the moment.

For years, Bitcoin bobbed around at a value of a few cents. In 2011, it settled at one Euro. Since then, its value has fluctuated sharply: the previous high was in mid-April 2021 at more than 50,000 euros. Two months later, it was halfway.

This is why most analysts recommend only a limited fraction of personal savings to be invested in cryptocurrencies given the high volatility of the market.