Why the EU’s Fit for 55 matters

by Tatu Liimatainen
in Opinion 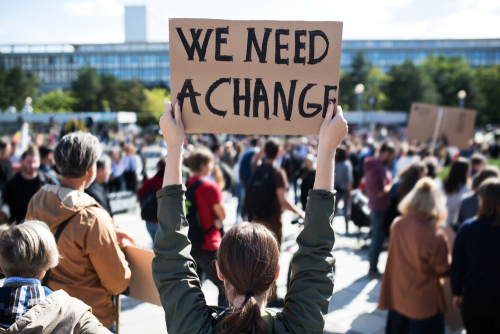 Brussels (Brussels Morning) It is hardly news to say that the world is facing a climate crisis. The real news is what the world is doing about it. The European Union has already set a target of cutting greenhouse gas emissions by at least 55% by 2030 as it takes the path towards carbon neutrality by 2050. And this week, the European Commission will explain exactly how the EU will meet its targets. The so-called Fit for 55 packages that the Commission will unveil brings more ambition to the EU´s climate framework and tightens up the targets across the policy field.

Why is this necessary? For all the progress of the previous EU targets, they do not keep the EU on track to meet the requirements of the 2015 Paris Agreement. And ahead of the autumn UN climate conference, COP26, the rest of the world also needs to act: the EU is hoping that by showing example and making new commitments, other countries will follow suit.

Achieving climate neutrality requires a fundamental shift in our society in the coming decades – and not least in our energy system. But this transition will not come cheap.

Around 75% of Europe’s greenhouse gas emissions come from the use of fossil fuels. If the EU is to succeed in reaching carbon neutrality, it needs to make a shift from fossil energy sources to more sustainable alternatives. But can Europe make this energy transition?

There are good signs so far. The EU is set to meet its 20% target for renewables by 2020 and is on track to meet the current 32% target for 2030 as well. Still, these figures hide the wide divergences in the use of renewable energy among Member States, varying from the 7.4% share in the Netherlands to 54.6% in Sweden in 2018 – but overall, the EU is on track.

Now, however, the Commission says the EU must go further: that 32% share of renewable energy is not enough. In its proposal for a new Renewable Energy Directive, the Commission is expected to raise the bar to 38-40%. That means targets for renewable energy will be tightened across all main sectors such as industry, heating and cooling, and buildings.

Raising the targets will mean we move further from our current dependency on fossil energy sources. It will also do more to entrench wind and solar energy. As for other energy sources like nuclear power and biomass, there will be more discussion around their acceptance.

Another question is whether the EU machinery can resist the temptation to pick winners in the transition or will it choose a technologically neutral path. This might seem more related to competition and industry, but it could ultimately affect the EU’s ability to reduce its carbon emissions.

One sector that has proven particularly difficult to decarbonise is transport. Setting higher targets will put more pressure on car and truck-makers, aircraft manufacturers and shipbuilders to pull their weight.

The share of renewables in transport was only 8.4% in 2019 and is likely to miss its 10% target for 2020. It will continue to be one of the toughest sectors to change: while the technology is currently in a breakthrough phase, every step is costly. This will be directly felt in the wallet of the car-owning Europeans who are, of course, also voters.

When it comes to advanced biofuels, the Commission is expected to raise its target to 1% by 2025. This alone tells us something about the magnitude of the change. In road transport, the passenger fleet is heading towards electric vehicles, but the heavier modes of transport and aviation are expected to rely on biofuels for some time.

These targets will most likely leave the transport sector scrambling for years to come. But it could also spread Member State action more thinly: governments must at the same time increase the share of biofuels, fuels of non-biological origin and of course build the entire electric fleet infrastructure and think of what to do with biogas.

And then there is biomass. While solar and wind are making fast progress, and there are high hopes for the hydrogen economy, the reality is that around 60% of the EU’s renewable energy originated from biomass in 2018. It means that whatever happens, we will be relying on biomass energy as an alternative source for many years to come.

We can expect some of the most heated debates in the renewable energy discussions to revolve around biomass. The Commission is likely to review the sustainability criteria for solid biomass, even though the implementation of the previous criteria is not yet even finished.

The Commission is also expected to introduce no-go areas for agricultural and forest biomass, which will put many biomass-reliant Member States and companies on the back foot. Furthermore, the smaller biomass installations will come under the new reporting requirements.

So, will the Commission’s proposals take the EU to the right direction?

Most likely yes. The move towards renewables is crucial if the EU wishes to meet its climate goals.

The biggest question mark is around whether the EU machinery will be able to avoid getting bogged down in nitty-gritty discussions and truly push for an enabling framework for the renewables and emission cuts. Setting firm climate targets is a step in that direction: it should hopefully keep the EU on track also in the future. However, the EU needs to take a pragmatic approach to the challenges ahead, or else risk undermining its core mission of reducing emissions and creating a competitive edge for European companies.