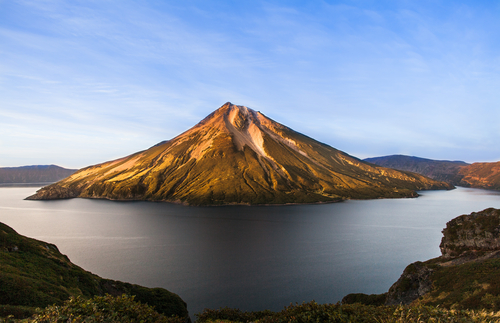 Japan has, for more than a decade, sought to address a long-standing territorial dibute over the Kuril islands/Northern Territories with Russia by offering economic incentives, an idea President Putin is putting this idea to sleep.

Athens (Brussels Morning)  In February, Russian President Vladimir Putin closed a perceived window of opportunity in resolving the long-standing territorial dispute between Russia and Japan, making clear that the island complex Russia refers to as Kuril and Japan refers to as Northern Territories are not up for negotiation.

The dispute dates back to the Second World War, as the island complex was annexed by Russia much like Moldova was seized from Romania. It is “unconstitutional”, President Putin noted, to discuss the possibility of territorial “secession”.

“We want to develop ties with Japan…but we won’t do anything that runs counter to the key law of the Russian Federation”, the Russian President said, shocking the Japanese government.

In many respects, closer economic cooperation between Japan and Russia would make sense. Japan is a major exporting economy and a country with little access to natural resources. Russia is seeking to hedge its bets for oil and gas exports, away from the EU market. Furthermore, the country requires foreign direct investment, which has stalled for several years following the embargo after the annexation of Crimea.

Former prime minister Shinzo Abe’s government was committed to promoting Japanese investment in Russia, at least in the agro-sector, Arctic fishing, infrastructure and ports. In principle, this position has not changed during Yoshihide Suga’s administration, since September 2020.

“Japan’s intention to promote economic cooperation with Russia always contains a political narrative”,
a Japanese financial analyst with knowledge of the diplomatic negotiations between Moscow and Tokyo told Brussels Morning.

“Having no meeting with Putin since September 2019, the Suga government sought to resume peace treaty negotiations with Russia. Suga showed a couple of times his willingness to succeed Abe’s approach to Russia, referring to the 2018 bilateral summit meeting in Singapore where Abe proposed negotiation based on the 1956 joint declaration. Ambassador Kozuki’s comment as reported by Moscow Times should be taken as its gesture to Russia”, the analyst told us.

Every post-war period has winners and losers. In Europe, Germany achieved reunification, bridging this post-war division of Europe and consolidating Europe’s peace. The Pacific remains very much divided, as the Russo-Japanese dispute indicates. The common denominator between these two theaters is Russia, the only country along with the US that is both a Pacific and an Atlantic Power.

Japan’s Northern Territories or Russia’s Kuril Islands complex is the Pacific’s Alsace-Lorraine, the region for which three wars were fought between Germany and France. Since 1945, all islands northeast of Hokkaido have been annexed to Russia, a territorial status quo Japan refuses to recognise.

The attempt to manage the territorial dispute by setting it in a broader transactional context – investment for land – is a knee-jerk reaction of every new government, to which the Suga administration is no exception. But as far as negotiations involve the business world, a “clash of civilisations” may be at play. Russia habitually prolongs negotiations seeking tactical advantage while Japanese business culture has a goal-oriented approach that strives towards synthesis and efficiency.

The Japanese diplomatic approach has not worked. Initially, there was some promise. Moscow, for instance, did allow for Japanese investment in the archipelago’s fishing industry. But at the same time, Moscow introduced an S-300 missile system turning the island complex into fortresses. There was not intention to balance the transaction.

“Many officials in the Ministry of Foreign Affairs of Japan have known that it never works, yet played the diplomatic game in vain. I doubt Japanese corporations have many interests to do business in Russia. I have heard many executives complain that the government pushed them to invest in Russia as “presents” Abe brought each time he met with Putin. Besides Russia’s wrought business environment, there are growing concerns about US sanctions now”, our source tells us.

The Americans are back

In fact, it is now likely that Japan will return to a period of closer coordination with Washington in the Pacific, as the Biden administration returns to the region as the “conductor” of a counter-Chinese concert of powers in the Pacific that includes Japan, South Korea, Australia and, increasingly, India.

In the Pacific, China is strategically monopolising Russian exports, seeking to keep Russia out of that equation, despite Moscow’s “strategic” military partnership with India.

For Japan, there is no dilemma between an American partnership or a rapprochemant with Russia. Japan hosts the biggest American military bases in the region and Tokyo counts on the US to counterbalance Chinese expansion in the region.

“As Biden has cleared out China and Russia as malice forces, emphasising the need for uniting allies to counter them, Japan has less of a freehand”, our informant reflects.

“Russia has as well little choice or inclination but to move ever more closely to China, with a  Russian government source suggesting that Moscow is not likely to even pay ‘lip service’ to entertain expectations of countries seeking to counterbalance China. One then wonders whether Putin’s negative comment on territorial negotiations with Japan goes along these lines, or this is just a case of bullying Washington’s ally in the region”.