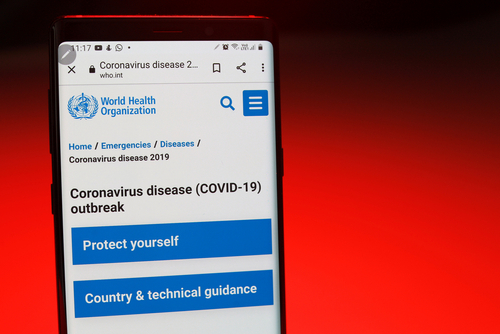 Brussels (Brussels Morning) The World Health Organisation (WHO) warned on Tuesday that the coronavirus pandemic is far from finished now that Europe finds itself at the epicentre of alarming new outbreaks as the Omicron variant fast becomes region’s dominant strain.

“This pandemic is nowhere near over”, WHO head Tedros Adhanom Ghebreyesus declared from WHO headquarters in Geneva. “Omicron may be less severe, on average, but the narrative that it is a mild disease is misleading”, Ghebreyesus asserted.

More than five million new infections were reported in Europe last week, with France and Germany breaking their daily infection records yesterday. Germany reported more than 110,000 cases on Tuesday, while France neared the half a million mark, recording more than 465,000 cases the same day.

WHO previously warned last week that current infection rates indicate more than half of Europeans will be infected by the Omicron variant in the next two months. WHO’s regional director for Europe, Hans Kluge, stressed that 26 countries are currently reporting more than 1% of their population becoming infected on a weekly basis.

This is grave news for Europe’s already heavily burdened healthcare systems, which could become overwhelmed in the coming weeks. Even though people infected with Omicron are statistically less likely to require hospitalisation and intensive medical care, the new variant is spreading much faster and more readily than earlier coronavirus variants, meaning that the overall number of infections could become significant enough to pack the hospitals full even allowing for its low hospitalisation rate.

WHO has also delivered disappointing news for the European tourism sector, which is already troubled by declining tourist figures over the past two pandemic years. Foreign arrivals, according to WHO’s information, are unlikely to return to pre-pandemic levels until 2024 at the earliest, despite a 19% rise last year.