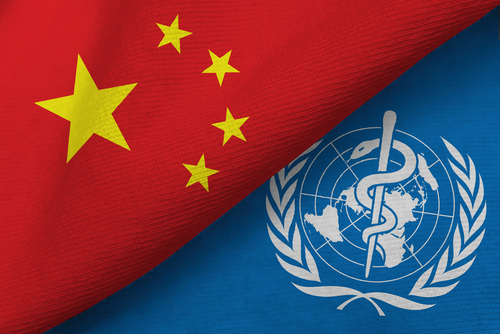 Brussels (Brussels Morning) World Health Organisation (WHO) Director-General Tedros Adhanom Ghebreyesus warned on Tuesday that Chinese authorities withheld data from the investigation team tasked with probing the origins of SARS-CoV-2, according to Reuters.

Western countries, including the EU and the US, immediately called on China to grant full access to all relevant data about the outbreak at the end of 2019 so that independent experts can conduct an investigation.

One member of the WHO-led team previously pointed out that the Chinese authorities had refused to share raw data about the onset of the outbreak, and that this had hampered the team’s efforts to understand how the pandemic first began.

According to the team’s final report, co-written with China, a mooted lab leak hypothesis was “extremely unlikely” to have been the cause of the pandemic and the virus had likely spread from bats.

“In my discussions with the team, they expressed the difficulties they encountered in accessing raw data”, Tedros stated. “I expect future collaborative studies to include more timely and comprehensive data sharing”.

The failure of the WHO-led team to get to the bottom of how the pandemic started has added to tensions and supports accusations by the US that China hindered, rather than helped, global efforts to find out how SARS-CoV-2 spread to humans.

“The international expert study on the source of the SARS-CoV-2 virus was significantly delayed and lacked access to complete, original data and samples,” Australia, Canada, Denmark, Estonia, Israel, Japan, Latvia, Lithuania, Norway, Slovenia, South Korea, the Czech Republic, the UK, the US and the EU declared in a joint statement.The EU described the WHO-led probe as “an important first step” in the process of finding the cause of the pandemic. However, it went on to reiterate that the investigation started too late and that China had kept out investigators for too long in addition to withholding data and early samples from the investigative team.