Whistling in the dark 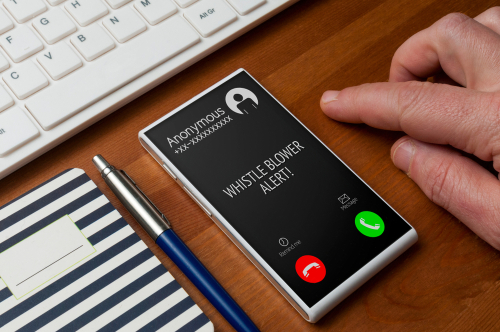 The EU’s Whistleblowing Directive needs to be enforced and expanded to protect refugees on the move from exploitation and abuse. A light needs to be shone into the darkest corners of this affair.

Thessaloniki (Brussels Morning) When fraud and abuse lurk in the darkness, someone needs to speak up. An underreported, undervalued and often unrecognised ally in the fight against corruption and violence are refugees, the most natural of all whistleblowers.

The testimony of a Congolese refugee who blew the whistle on corruption involving police and UN refugee agency (UNCHR) staff is illuminating. UN staff members had demanded a bribe to resettle him in the West. After complaining, the refugee then experienced retaliation, including food deprivation and even threats against his life.

His testimony, when shared with other refugees, had a profound impact and caused more bribery cases to be brought to light. A man accused of corruption was brought to UNHCR’s attention and an internal investigation was conducted. However, as feared, the case was closed without further action being taken.

The Whistleblowing Directive restricts the very act of whistleblowing in the context of labour relations. However, it is crucial to point out that, beyond this sphere, gender-based inequality and violence remain a formidable challenge.

This is especially relevant in harrowing but largely unreported cases of abuse experienced by refugees along their overland “death-routes,” as noted by UNCHR’s 2020 Report. Women and girls particularly, but also men and boys, are at high risk of being subjected to sexual violence at various checkpoints, desert crossings, and border passes.

The gross violations of human rights that vulnerable refugees are exposed to are an underreported dimension of the multi-billion business of people smuggling that is founded on corruption. In that respect, the lawsuit against the European Union’s border protection agency Frontex is groundbreaking. The plaintiffs are a number of NGOs: Front-Lex, the Progress Lawyers Network and the Greek Helsinki Monitor. It alleges the gross violation of the human rights of asylum seekers in breach of international law, including migrant pushbacks from the EU into Turkish territorial waters.

The unreported stories behind the pushback phenomenon reflect an ongoing violation; the story of the Norwegian whistleblower Tommy Olsen, who brought attention to the pushback of refugees’ that took place on April 3 this year, was accompanied by an exact geolocation. The resulting concern is that this report is only the tip of the iceberg.

Olsen’s sources were asylum seekers: they gave him video evidence with GPS map points that prove beyond doubt that they were pushed back. Olsen was accused of acting as a “spy” and “refugee smuggler,” when he did nothing more than inform authorities about ongoing illicit activities in contravention of the 1951 Geneva Convention on the Status of Refugees.

Every crisis exacerbates inequalities. Inequality provokes violence. Violence gives rise to gross human rights violations. A refugee crisis is much like a pond of stagnant water; the longer it remains still, the more poisonous and corrupt it becomes. Reports of corruption by refugees in the field pose a policy challenge that authorities cannot afford to ignore.

By expanding transparency and anti-corruption tools, including the protection of whistleblowers, one can actually restore the natural flow of information necessary to clear the stream. Whistleblowing by refugees can prevent physical abuse, sexual exploitation, harassment and other forms of power abuse.

We need safe and confidential reporting channels for refugees which protect anonymity and support witnesses in coming forward in cases of bribery and corruption. Illicit activities against refugee whistleblowers take place on a daily basis; if whistleblowing procedures are not being implemented in this crucial field, it renders EU Directives on the issue pointless. As such, safety currently remains an elusive notion for refugees.

Whistleblowers can play a vital early warning role – they are the corrective fail-safe mechanism in any society and even more so in an international refugee crisis. It is of paramount importance that refugees, including children, are able to come forward with their testimony to not only defend human rights and freedoms, but also to restore confidence in the rule of law.

Extending principles of transparency to refugees is an opportunity for EU regulators to communicate a loud and unambiguous message against corruption amid this ongoing crisis. What is required is for the Commission to widen the scope of the application of Article 27 paragraph 3 of the Whistleblowing Directive, something that remains well within its mandate until December 2025.

The accurate mapping and recording of sex crimes, gender-based violence and assaults against refugees requires data collection and analysis, which is impossible without research and the cooperation of field officers. Whenever the participation of stakeholders is required to fight corruption, protection measures for whistleblowers must be in place.

Whistleblowing is not just about the ability to guarantee reporting in a specific work environment, but also about freedom of speech. In a deeper sense, it is about empowering citizens to protect their freedoms and rights across borders. Therefore, it is a matter that concerns us all, because it is about protecting and empowering the vulnerable everywhere. The clock is ticking for the implementation of the Whistleblowing Directive and this call needs to be heeded.