What will change for Brussels residents locally in 2022 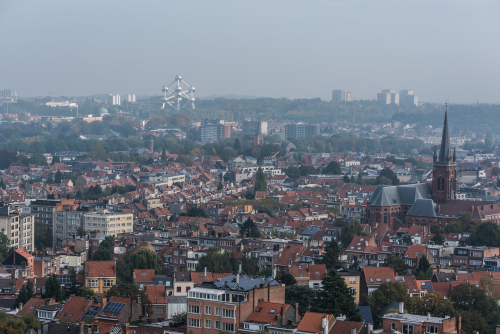 Brussels (BrusselsMorning) The new year has started. This means, among other things, that diesel cars with Euro standard 4 are no longer allowed in the low-emission zone (LEZ) of the Brussels region. Moreover, from this year on, the water price will rise, but residents of Brussels can no longer be cut off from water. Three Brussels municipalities further increase their property tax. The new year will also be accompanied by a number of changes at national and Flemish level, as reported by BRUZZ.

From 1 January, diesel vehicles with Euro 4 standard are no longer allowed in the low-emission zone (LEZ) of the Brussels region. Initially, a transition period is foreseen until March 31, after which anyone still in violation risks a fine of 350 euros. This concerns approximately 76,500 vehicles of 11 years and older that are registered in Belgium and that drive around in the Brussels region, 25,000 of which are registered in Brussels. This is the most important tightening of the LEZ to date.

Brussels residents who give up their old car can claim a Brussels Air premium.

Water rates in the Brussels region are going to be 15 percent higher this year. The increase is the same for households as well as for professionals and companies. The Brussels government does grant a social allowance to vulnerable families. More than one in four households see their bill fall in this way. From now on, the calculation of invoices will also be done linearly instead of progressively (the price per cubic meter gradually increased, but not anymore).

Moreover, from 2022, households in Brussels can no longer be cut off from drinking water. The ban is accompanied by all kinds of measures to prevent non-payment.

The municipalities of Evere, Jette and Woluwe-Saint-Lambert increase the property tax , the tax on real estate. In Jette, it goes from 3,649 to 3,890 surcharges. The municipality thus overtakes Schaerbeek (3,810) as the municipality with the highest property tax rate in the region. The personal income tax will decrease from 6.5 percent to 6.4 percent.