What if Trump does bring the US troops home for Christmas? 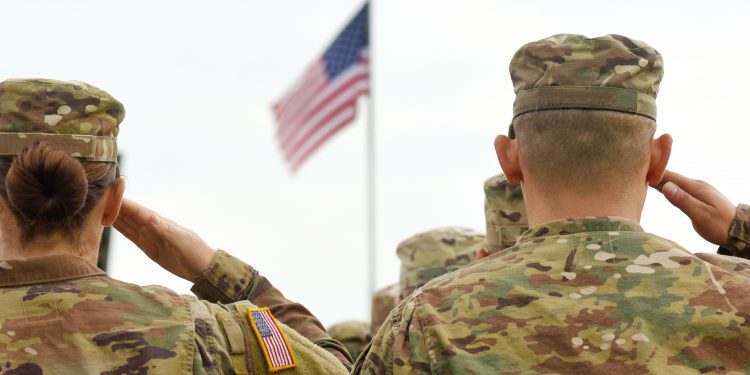 American Soldiers and US Flag in Afghanistan

Brussels (Brussels Morning) The New York Times reports that U.S. President Donald Trump is expected to pull out troops from Afghanistan, Iraq, and Somalia before he leaves office in January. The paper cites a draft order circulated in the Pentagon.

President Trump’s “final exit” stratagem for withdrawal of the U.S. troops amounts to a calculated “home for the holidays” (or soon thereafter) gesture, seemingly designed to underscore assert his administration’s neo-isolationist views, one last roll of the dice before President-elect Biden and his team take command and usher in a very different approach.

Sustaining a military presence in Iraq and Afghanistan over all these years has drained US resolve. Republican Presidents were in office when the troops were first deployed in both instances and now it may very well be a Republican who calls it a day and brings them home for good if the reported troop withdrawal is indeed implemented before 20 January. In that event, an overarching question is where that leaves Europe? To help address the issue, what better than to review the situation with a journalist who has covered the US military in action for much of his professional life.

Mike Boettcher, a veteran war correspondent has covered the frontline in Iraq and Afghanistan. He was among the first CNN reporters to file live coverage via satellite from the frontlines. His broadcast coverage has won him a Peabody Award, six Emmys, and a National Headliner award. He and his son Carlos Boettcher produced the 2014 documentary “The Hornet’s Nest”, an account of their experience while embedded with U.S. troops in Afghanistan. Having seen conflict and troop engagement up so close, one wonders what he thinks of the reported proposal to pull out?

Aleksandar Srbinovski (AS): Since the time of the Bush (Senior) Administration, the U.S. has been dealing with two peripheral wars more or less simultaneously. Yet there has never been an exit strategy in Iraq and Afghanistan. Is it better to stay in Afghanistan and Iraq or is pulling out the right answer?

Mike Boettcher (MB). We’ve been stuck in a stalemate in Afghanistan for several years.  The only option to break the stalemate is a negotiation that results in a political solution.  If we withdraw our troops now we would lose leverage and there would be no political compromise.

A primary obstacle to peace in Afghanistan, in my view, is that after more than 40 years of conflict Afghans have become dependent on a war economy.  The war machine does more than kill.  It has created an economy that thrives around infusions of money from outside Afghanistan, something a substantial part of the Afghan economy now relies upon.  If peace does come, it would require a complete economic restructuring.  Afghans who have enriched themselves through the corruption that the war economy feeds will inevitably try to sabotage peace efforts at every turn.

AS: The Trump Administration has reverted to exerting “maximum pressure” on Iran, one of its strategic objectives being to bring about the implosion of the Iranian regime by means of economic duress. That echoes Reagan’s grand strategy towards the USSR. However, the question has to be asked, is the West ready for state failure in Iran?

MB: The consequences of Iran as a failed state will not be confined within its national borders. The repercussions would destabilize the entire Middle East and South Asia resulting in a line of other failed or destabilized states stretching from Lebanon to Afghanistan.

Much like the end of a bi-polar world with the collapse of the Soviet Union, a failed Iran could likely unleash a new era of global terrorism.  New civil wars would emerge in Lebanon and Iraq.  Because of the disruption to world oil supplies, NATO could find itself ensnared in multiple conflicts in the region.

Another scenario could see a failed Iran descending into lawlessness, becoming the world’s predominant narco-state, a place where terrorists and criminals would find refuge.  The resultant regional instability would be disruptive to oil supplies and spike energy prices globally.

It is highly unlikely that a post-theocratic Iran would become a beacon of democracy.

AS: The first Secretary-General of NATO, Lord Ismay, talked about a Euro-Atlantic order that would keep “the Americans in, the Russian out, and the Germans down.” Assuming NATO’s credibility in the US is resuscitated, what future is there for the Euro-Atlantic Alliance?

MB: A Biden-era NATO, with resuscitated relations between the U.S. and its European partners, would realize two of Lord Ismay’s goals, but not the third – U.S. in and Russia out, but Germany should and would play an increasingly assertive role in the Alliance in a post-Trumpian world.

In the Biden era, Washington’s foreign policy will become predictable again, which in itself is a good thing.  Biden’s foreign policy team is comprised of strong supporters of our trans-Atlantic partnership, and their mission will be to try to repair the damage done to the Alliance over the past four years.