What Continued Republican Control of the Senate Could Mean

by Lincoln Mitchell
in Features, The American Angle, Uncategorised 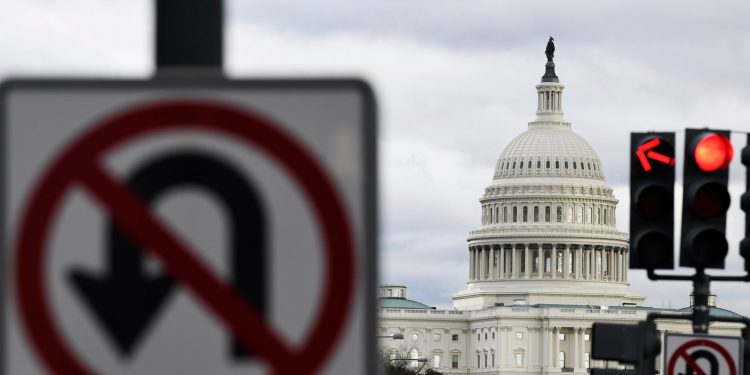 “The remaining battleground is the senate where the Republicans currently hold 53 seats.”

New York (Brussels Morning) One of the closing arguments that the Republicans are making in this election is that if the Democrats win full control of the federal government, they will make radical reforms that will reshape America.

These reforms might include statehood for the District of Columbia and Puerto Rico, passing a strong voting rights law and either expanding the size of the Supreme Court or otherwise addressing the partisan imbalance of that body that grew out of the Republican led senate’s unwillingness to proceed with the confirmation of Merrick Garland who was nominated by President Barack Obama, in early 2016.

The Democrats, at least the progressive wing of that party, has not run from that Republican attack. On the contrary, they have embraced these democracy strengthening ideas and are using them to motivate their progressive base.

Although the election is not over yet, it remains the case that Joe Biden continues to lead Donald Trump in almost every poll and is likely to win the states necessary to get the needed 270 electoral votes. The Republicans are not meaningfully contesting the House of Representatives, so barring an extraordinary development the Democrats will remain the majority there.

The remaining battleground is the senate where the Republicans currently hold 53 seats. Although 51 is needed for a majority, ties are broken by the vice-president, so if Biden wins, the Democrats will need a gain of three seats to get them to fifty and have unified control of the federal government. In brief, Democrat Doug Jones is likely to lose in Alabama meaning the Democrats will need to pick up four seats elsewhere. Democratic challengers in Arizona, Colorado and Maine are favored to win, so Democrats would need to pick up at least one more seat.

The states from which that is most like to come are Alaska, Georgia (where two seats are up), Iowa, Montana, North Carolina and South Carolina. The odds may be slightly in favor of the Democrats, but it will be very close.

While the Republicans have tried to make voters afraid of what the Democrats would do if they win control of the senate, it is worth thinking about what a Biden presidency would be like with Republicans, and Majority Leader Mitch McConnell, running the senate. During the Obama years, McConnell was open about seeing his role as simply stopping Obama from doing anything.

However, if Biden wins, McConnell’s obstruction will like make that earlier period look like a paragon of bipartisanship.

McConnell’s efforts to stop Obama from passing significant legislation were apparent at the time. His success in stopping the confirmation of more than two thirds of Obama’s judicial appointments during his last two years in the White House is equally significant, but somewhat less well known.

If Biden wins, and McConnell remains senate majority leader, it is possible, perhaps likely, that Biden would not be able to get any federal judges, including any possible Supreme Court nominees confirmed. It is also possible that McConnell would block the appointment of any cabinet members or other presidential appointments that require senate confirmation. This would essentially cripple the Biden presidency.

A Republican senate would almost certainly stop all major, and most not so major, legislation proposed by the new administration from being passed. All of the pressing items Biden has promised to address should he win including financial support for those effected by the pandemic, expanding the Affordable Care Act, addressing the critical issue of climate change and so many others would end up stuck on Mitch McConnell’s desk and go no further if the soon senior senator from Kentucky remains majority leader.

It is possible that the Republican senate caucus would not support such extreme measures from their leader, particularly around appointments, but if the last four years has taught us anything it is that there are no profiles in courage among senate Republicans and that McConnell always gets the votes he needs. For example, Mitt Romney’s vote for removal during the impeachment trial received a lot of fanfare, but McConnell already had the votes.

Battle for the Senate is crucial

They will see this as payback for what they believe were hoaxes like the investigation of Russia’s role in the 2016 election or of the impeachment. These investigations will not lead anywhere, but will dominate the news and make it very difficult for a President Biden to accomplish anything.

These scenarios may sound extreme, but they are natural outgrowths from the politics of the Trump era. All of our political institutions have changed a lot in recent years and those changes cannot easily be undone.

Few understand that better than Mitch McConnell because he has played a critical role in those changes, going back to his commitment to radical obstructionism during the Obama years, but continuing through the Republican senate’s unwillingness to even have witnesses during the impeachment trial and more recently with McConnell doing the complete opposite of what four years ago he claimed, out of nowhere, was a deep principle about not confirming Supreme Court justices during a president’s last year in office.

In the final days of the election the race between Joe Biden and Donald Trump remains the main attraction, but the battle for the senate is as crucial. If Biden wins, but the Republicans hold on to the senate, the Democratic victory will be pyrrhic and incomplete.