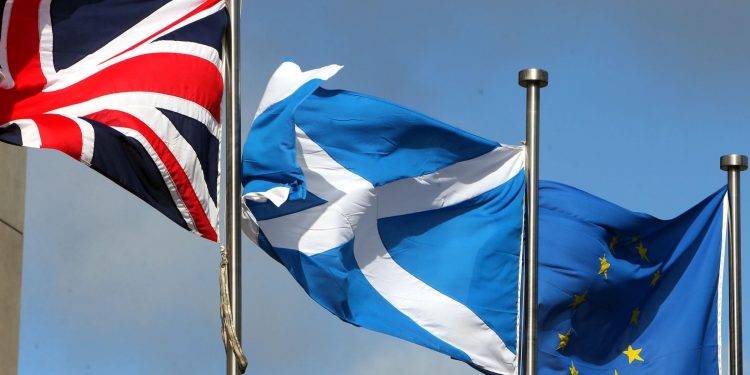 A leaked paper reveals that the UK government overseeing transition plans for Britain’s withdrawal from the EU advised withholding key information that would impact devolution powers for Scotland, Wales and Northern Ireland.

The plans were exposed in the UK press one month later. First Minister Nicola Sturgeon called it a “full-scale assault on devolution” and she condemned similar attempts through the draft Internal Market Bill published last month and which is being considered by Holyrood today.

The leaked paper had “handling instructions, revealed by the website Guido Faulkes. It said the document “should not be shared publicly or with the devolved administrations at this stage” and that the fallout of proposals could include disruption to food supply:

“Food is a devolved policy area. We have not shared this assumption with [Devolved Administrations] as per handling instructions, but it will have an impact on DAs and their planning”.

Kirsten Oswald, the SNP’s deputy leader at Westminster, responded to the leak saying they “prove that the Tory government deliberately hid crucial information about its extreme Brexit plans – including the likelihood of food shortages – from the devolved nations, as well as details about the Tory power grab on the Scottish Parliament.”

It also demonstrates “the Tories cannot be trusted to act in Scotland’s interests – or even tell the truth”, she added.

A UK Government spokesperson also responded, saying they “frequently engage with the Devolved Administrations on contingency planning for the end of the transition period”.

The Welsh government also reportedly called an “urgent meeting” after hearing the revelations.

“This further corrodes trust in the UK government which is already at a low ebb following the publication of the Internal Market Bill, a direct attack on devolution”.