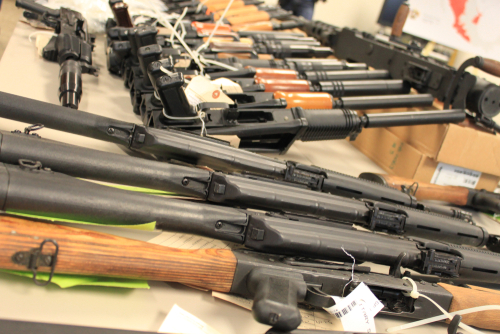 As the conflict rages on, Western arms stockpiles continue to diminish, according to France24 reporting on Monday.

Lloyd Austin, US Secretary of Defence, announced a meeting with his Western counterparts later this week to plan their support for Ukraine and replenish their stockpiles.

“They will discuss how our defence industrial bases can best equip Ukraine’s future forces with the capabilities that they need,” he noted at the Ukraine Contact Group (UCG) meeting in Germany.

The US Department of Defence formed the UCG earlier this year, with more than 50 countries supporting the war effort.

Bill LaPlante, Under Secretary of Defence for Acquisition and Sustainment, announced on Friday that the UCG meeting will be held at the end of September in Brussels.

He added that attendants will discuss “how we can continue to work together to ramp up production of key capabilities and resolve supply chain issues and increase interoperability and interchangeability of our systems.”

While Ukraine mostly used weapons compatible with Russian defence technology at the start of the conflict, it exhausted its supplies in a few months and switched to NATO-standard arms supplied by the West.

The EU announced plans in July to make joint purchases worth 500 million euro over two years, to replenish stocks depleted by supporting Ukraine, with a focus on anti-aircraft and anti-armour missiles and artillery ammunition.

Thierry Breton, European Commissioner for Internal Market, then noted that EU member states “have drawn on their stocks of ammunition, light and heavy artillery, anti-aircraft and anti-tank defence systems, and even armoured vehicles and tanks.”

He warned that the move created “a de facto vulnerability” and stressed the importance of addressing it urgently.

The US provided Ukraine with roughly 800,000 155mm artillery rounds thus far, with LaPlante noting that the US has only one production facility making them at a rate of 14,000 per month.

“We have plans… to get that in increments ultimately up to 36,000 a month in about three years,” he stated.

The US recently announced new procurement deals with arms manufacturers in the country and abroad.