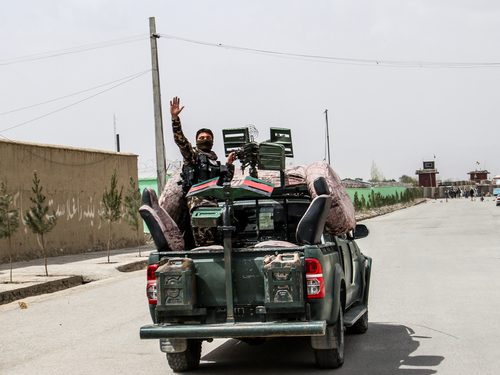 Twenty-one countries and the EU released a joint statement over the weekend in which they referred to reports of Taliban reprisals cited by Human Rights Watch (HRW) and other organisations, according to Reuters.

“We underline that the alleged actions constitute serious human rights abuses and contradict the Taliban’s announced amnesty”, the signatories pointed out in their statement.

“Reported cases must be investigated promptly and in a transparent manner, those responsible must be held accountable, and these steps must be clearly publicised as an immediate deterrent to further killings and disappearances”, the statement spelled out.

Sayed Khosti, spokesman for the Afghan Ministry of Interior Affairs, rejected the accusations, claiming that the accusers had failed to back their claims with any evidence.

“If there is any evidence, it should be shared with us”, he asserted, pointing out that the Taliban government had announced a general amnesty.

“We have had some individual cases of killings of ex-government members but these were due to private enmity and we’ve arrested those involved”, Khosti declared, noting that statements to the contrary were a “slander against the Islamic Emirate of Afghanistan, not justice.”

HRW released a report at the end of November accusing Taliban forces of the disappearance and execution of more than 100 former security officers going back to mid-August.

The Taliban government has called on the international community to lend it support, pointing out that that its existence is vital if a humanitarian disaster is to be averted given that more than 50% of Afghans face hunger over the winter.