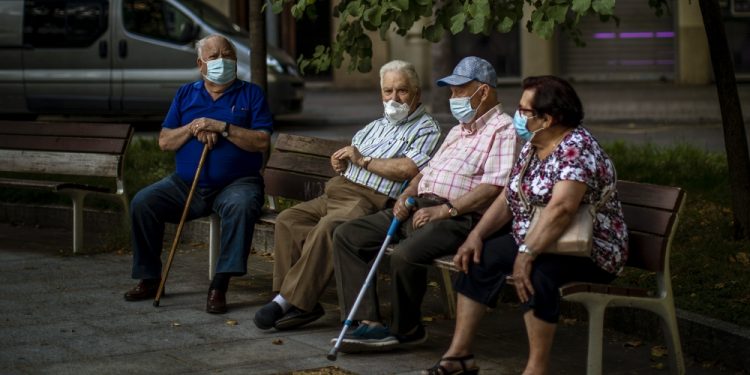 Applause and cheers rang out in May as Spain shut down its largest makeshift hospital – hastily erected in Madrid’s convention centre – in what was seen as a symbolic turning point in one of Europe’s deadliest battles with Covid-19.

Less than four months later, Spain’s military has again been dispatched to build a field hospital, this time in the north-eastern city of Zaragoza, as the country grapples with one of the highest rates of infection in western Europe.

“We’re at a critical moment,” said Helena Legido-Quigley, a Barcelona-born professor of public health at the National University of Singapore.

Some eight weeks after the country emerged from one of Europe’s strictest lockdowns, a surge of cases in north-east and central areas have resulted in Spain leading Europe in numbers of confirmed new cases.

The country’s 14-day infection rate stands at 100 per 100,000, according to the European Centre for Disease Prevention and Control – behind only Luxembourg in Europe – and much higher than France’s rate of 32 or Italy’s 8.2 cases per 100,000.

The number of deaths remains low, however, with 70 recorded in the past week, hinting at a resurgence of the virus that is distinct from the crisis that devastated the country in March and April.

About 85% of new cases are among people under 65 years old, the country’s emergency health response chief said on Thursday. “Right now, I wouldn’t dare to describe this at all as something like what we experienced in March and April,” Fernando Simón told reporters.

While all regions are seeing a rise in cases, just 3% of hospital beds are currently being occupied by coronavirus patients, he added. “In Spain there’s no imminent risk of the healthcare system collapsing.”

Still, the rising numbers have sparked fears of a return to the dark days that left Spain with one of the highest excess death tolls in Europe. In the north-eastern region of Aragon, authorities requested that a field hospital be set up in a hospital parking lot in Zaragoza as a precautionary measure. In Madrid, one of the city’s largest hospitals said it had begun cancelling non-urgent operations.

On Thursday nine scientific organisations published a joint letter warning that the surge in new cases risks a “collapse” of the health care system. “If the situation continues and new measures are not adopted, there is a high probability that we will again face the situation seen during the state of alarm,” it noted. In the western region of Extremadura, the regional health minister, José Maria Vergeles, told reporters that “without a doubt, we’re seeing a second wave of the coronavirus.”

The Spanish government has pointed to increased testing to explain the numbers. Nearly 7.5m tests have so far been carried out across the country, including more than 400,000 last week, it said in a statement earlier this week. More than half of new infections detected are in asymptomatic patients, it added.

Public health experts point to other reasons. “The easing of the lockdown was very quick, going from confinement to normal life in just a few days. It was too soon,” said Joan Caylà, the head of Barcelona’s Tuberculosis Investigation Unit, which is now focused on Covid-19. The rush was probably due to pressure from the tourism sector, he added, a pillar of the economy that accounts for about 12% of the country’s GDP and one in eight jobs.

At the same time, few regions had the resources in place to carry out adequate contact tracing. “If they had better traced contacts at end of June and beginning of July when there were very few cases, they would have been able to better control the transmission,” said Caylà.

In Madrid and Catalonia, regional governments have come under fire for underestimating the need for contact tracers.

The result is a wide disparity in cases across Spain’s regions, which are responsible for healthcare. Aragon ranks as the hardest hit, with 573 cases per 100,000 inhabitants compared with a rate of 144 in Catalonia and 162 in Madrid, according to data from the country’s health ministry. The rate drops to 27 per 100,000 in the tourism hotspot of the Canary Islands.

In Aragon and Catalonia, outbreaks have also been linked to seasonal farm workers – who often work in crowded conditions and at times have been left sleeping rough – despite warnings that these conditions leave them more exposed to the virus. “There was no planning at all,” said Legido-Quigley. “This was a health crisis but also a social crisis.”

The researcher was behind a recent letter, signed by 20 top epidemiologists and public health experts and published in the Lancet, calling for an independent investigation as to why Spain ranks among Europe’s countries hit hardest by the pandemic despite a relatively robust universal healthcare system.

One factor could be Spain’s highly social culture, where large gatherings among friends and family are the norm, said Ildefonso Hernández, a professor in public health at Alicante’s Miguel Hernández University.

In an effort to temper the rising case numbers, Spain’s regions have rolled out a range of measures. In the north-western region of Galicia and the Canary Islands, officials have banned smoking in the street and on restaurant terraces if social distancing is not possible. Masks have been made obligatory across the country, while nightlife has been curtailed in some regions.

The coming weeks will probably prove decisive for Spain, particularly as metropolitan areas such as Madrid and Barcelona scramble to secure the healthcare capacity needed to better test and trace contacts, said Hernández. He pointed to a study, carried out on more than 60,000 people across Spain earlier this year, which showed that just 5% of the population had antibodies for the virus.

“That means there’s a lot of the population that can still be infected,” said Hernández. “This is a marathon, not a sprint.”