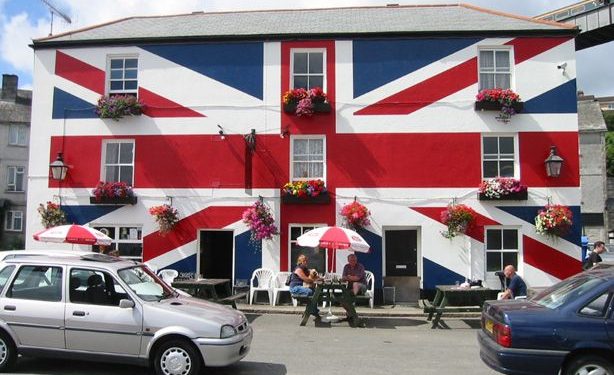 His announcement will form part of a three-tier system on managing the spread of the virus, and it will be the North of England to see the harshest measures.

The plan, which will impact bars and gyms as well, has been anticipated as positive case numbers have surged and has brought much consternation and debate as the hospitality sector has been hugely affected by the economic detriment that has accompanied the pandemic.

The closing time rule that all pubs and bars must shut by 10.00 pm in itself was a point of tension for the industry, so forced closures will be an extra harsh blow.

The measures have brought up debates as to whether pubs have been correctly targeted. Some arguing the evidence does not point to pubs as the epicenter of COVID outbreaks and that the UK’s surge in cases occurred once schools and universities started opening their doors, and once people began filtering back into office spaces.

There is also the question of the north-south divide, as areas in the north bear the brunt of the most stringent restrictions, including local lockdowns, that have impacted all businesses, particularly pubs.

Tom Wood — a former Deputy Chief Constable — in The Scotsman laments a 10.00 pm curfew in the first instance, arguing that history and precedent show it won’t work and that crowds will gather outside the controlled environment of the Public House.

“In areas blessed with numerous hostelries – so, in Edinburgh, places like Lothian Road, Rose Street or the High Street – the effects could be spectacular.

“Hundreds of revellers, their inhibitions well lubricated, pitched onto the streets simultaneously”, he wrote.

Doug Marr, writing in The Herald, had a different view:

“Confusion about the place of alcohol has been apparent in the Government’s Covid strategy. The closure of pubs is represented as the end of civilisation as we know it. Their reopening was prioritised over schools and gymnasiums. Ministers must be wide-eyed innocents if they didn’t anticipate what would happen. As my father put it, when the drink’s in, the wit’s oot. It wasn’t long before Aberdonians had to thole a further lockdown as a direct result of an outbreak traced to a local bar”.

While Marr says it’s not the end of the world and logic might indicate that people are less compliant when they’ve consumed alcohol, much of England, Wales, Scotland and Northern Ireland have found the move “draconian”. Also, writing in The Scotsman, the impact to the sector is set to be devastating with pubs, restaurants and bars needing extra support:

“Our economy needs them to survive for the sake of its long-term health as once a business is gone, it can be hard to recreate or replace”.

According to leaders in the north, the threat to venues as businesses has encumbered a north-south divide in England. Manchester Mayor and Labour MP Andy Burnham accused UK Prime Minister Boris Johnson of treating northerners as second-class citizens and that the financial package for councils most affected was not good enough.

“The only conclusion you can come to is that at the start, when it was all ‘whatever it takes’, that was when it involved the whole country and, we might say, the south of the country.

“All of a sudden, when it involves the north, it’s not whatever it takes anymore, it’s what we are prepared to spend.

The Guardian’s own view is that the “tough” measures the government takes are a way of detracting from its failures. In a special editorial, it wrote:

“England’s measures are being introduced because Mr Johnson wants to distract from the shame caused to his prime ministership by the Dominic Cummings affair in May. Although the small print of the reopening is full of careful conditions and prudent provisos, this has been effectively drowned out by the prime minister’s hedonism agenda and his reckless calls “to show some guts” as the economy reopens”.

An emergency meeting is taking place today to firm up next steps.