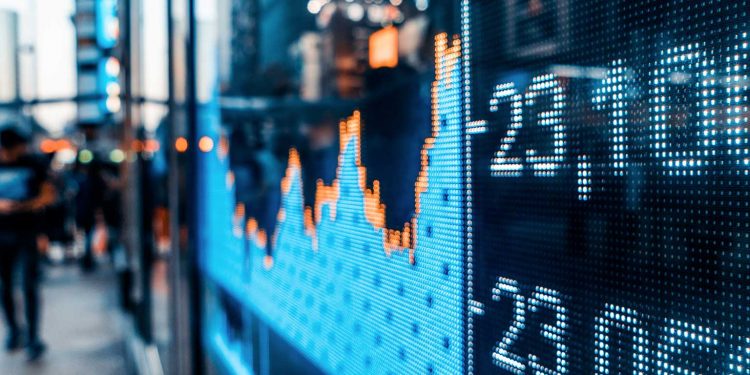 (Washington – Brussels Morning) The world economy is pivoting to the Pacific, irrespectively of whether or not Europe and the United States are. As the world is yet to assess the effects of the Covid-19 crisis, Brussels Morning talks about globalisation and Europe with a man from outside “the bubble”.

Ambassador Bilahari Kausikan is one of the most recognised Singaporeans in Europe and beyond. He has seen Singapore make the giant leap from a developing country to a world leader in research, technology, and logistics, finance, and more. And foreign policy was key to this process. In his 37 years in the diplomatic service, Bilahari Kausikan served as Ambassador to the Russian Federation, Permanent Representative to the United Nations, and as the Permanent Secretary to the Ministry of Foreign Affairs. He is currently Chairman of the Middle East Institute at the National University of Singapore.

Ambassador Tedo Japaridze (TJ). Since the emergence of the COVID-19 pandemic, there have been debates about de-globalisation. Some members of the political establishment in the developing world believe that it makes sense to “bring back” jobs since menial tasks have been increasingly automated. The terms self-reliance and resilience are in fashion.

Ambassador Bihari Kausikan (BK).Debates about globalisation well pre-date the pandemic.Globalisation has always had its downsides despite the undoubted benefits it has brought to many countries. We know what the downsides are — inequality and the intrusion of the alien ‘other’ into people’s lives with an unsettling directness and immediacy never before experienced in history. The economic and cultural disruptions reinforced each other. But all this was ignored or downplayed by most governments. The pandemic made it impossible to ignore the downsides.

However, I do not think that the world will de-globalise. Two factors drove globalisation: politics and geopolitics in particular at the end of the Cold War, and technology. Politics has become more complicated both domestically in key countries, and between the US and China, but the technologies that drive globalisation are still there, whether you like it or not. Lessons learnt cannot be unlearned and while the pace may vary, new technologies will continue to develop. So while there may be disruptions to globalisation and even partial de-globalisation in specific domains, total across-the-board de-globalisation is highly improbable.

This is particularly so in US-China relations. However you may describe that relationship, it is not a ‘new Cold War’. That is an intellectually lazy trope that fundamentally misrepresents the nature of US-China relations. In principle, if not always in practice, the US and the former Soviet Union led two competing systems that interacted only on the margins, tangentially as it were, and whose primary common interest was to avoid mutually assured destruction. By contrast, the US and China are both vital components of the same global system. They compete within the system to dominate that common system and not to replace one system by another. The US and China are profoundly interdependent in a way that strategic rivals have never ever been in history, and certainly the US and the Soviet Union never were.

The US and China are enmeshed in supply chains of a scope, density, and complexity that have never before existed in the world economy. I don’t think either side is entirely comfortable with this because interdependence exposes mutual vulnerabilities, but that is the reality they have to live with. The total ‘de-coupling’ of the US and its allies from China and the creation of a total alternative Chinese system are both equally improbable.

Don’t forget that the main beneficiary of US-led globalisation during the 1990s and the first decade of the 2000s was China.

So when Xi Jinping pretends to be Davos-man and extols the virtues of globalization, he is really indirectly expressing concern about what it may mean for his own country now that the US is unwilling to lead. He knows that a still largely closed and mercantilist China cannot lead an open system no matter what rhetoric it may adopt. We should not forget that China is a communist country, not in terms of its ideology but in its political structure. China is a Leninist state led by a vanguard party that claims complete control over all aspects of state, economy and society.

The problem for everyone is that the global system has no clear leader. The US is unwilling to lead in the old way. China cannot lead unless it changes fundamentally and it will not change. The EU is incapable of global leadership except in its own fantasies.

TJ. Do you believe this to be the end of the development path pursued by Japan, Korea, and more recently Thailand and Vietnam? How does this counter-globalisation narrative sound in Singapore?

BK. I don’t think the model of export-led growth that many East Asian countries, including my own, followed up the value chain to our present stage of development can be applied in exactly the same way by other countries.

New technologies such as AI-controlled robotics are eroding the cost advantages of widely distributed supply chains in many industries. Labour cost is not such a big factor as before and in the most promising future industries, the highest value will be in industries with significant intellectual content rather than in production or traditional manufacturing.

You can think anywhere in the world and communicate your thoughts at the touch of a keyboard across the globe. This creates new opportunities as well as new challenges for countries that are just embarking on their own development journeys.

TJ. Is Hong-Kong being politically assimilated by China?

BK. Hong Kong has always been part of China. Its fate was settled in 1997 when the British handed it back to Beijing’s control. Everything since then is just details — it’s over.

TJ. Do you feel that Artificial Intelligence and new Surveillance Technology could undermine the notion that democracy is the global “state of nature” that we held onto so dearly for decades?

BK. Who says democracy is a natural state of affairs? And what do you mean by democracy anyway? Western liberal democracy is only one historical variant of the idea that sovereignty resides with the people rather than some family bloodline or is conferred by god. Fascism and communist people’s democracies have an equally valid historical claim to the idea of sovereignty residing with the people. We may have our own preferences about one variant over another but preference is only preference. And in any case, who are the people?

TJ. Do you think that there is something beyond a slogan in the post-Brexit “Global Britain”? Can you see a role for the former colonial powerhouse in the Pacific?

BK. A slogan is only a slogan. The British will have to make it work and it is not yet clear that they have a viable plan for any part of the world. I wish them well, but we shall have to wait and see.

TJ. Why is it that Dyson will be developing new cars in Singapore rather than in the UK?

BK. You’ll have to ask him that. But I would venture to guess it is because the environment is more business-friendly in Singapore and it’s a fast-growing region despite the pandemic.

TJ. From a Far Eastern perspective, is Russia an Asian or a European power?BK. Russia is a Eurasian power but its political and cultural centre of gravity has always been in the West, not the East. The fact is that Russia is not a major player in East Asian affairs. Moscow knows this and knows that we in East Asia know this, too, but we pay Russia the courtesy of treating it as an East Asian power and invite it to all the major East Asian meetings. It is after all a nuclear-weapon state and a Permanent Member of the UN Security Council. So why not be polite?