We are on the battlefield between disinformation and free speech 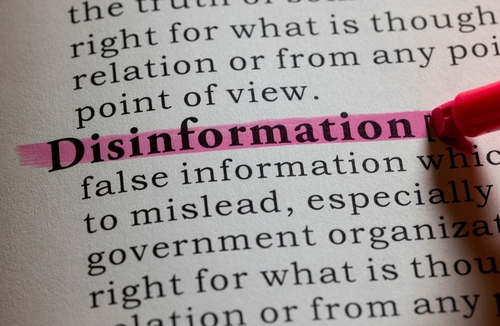 Belgium (Brussels Morning Newspaper) Disinformation and fake news are global threats. Whether in the COVID-19 pandemic, climate change, or – as a very topical and inhumane example – Russia’s war of aggression against Ukraine, facts are being distorted and untruths spread around the world.

This problem is one of the major concerns of democratic countries and understandably the European Union as a promotor of democracy and rule of law in the world. Behind false news or fake news, strategies are often articulated to manipulate public opinion and erode the stability of States and their institutions. Hoaxes and disinformation have long been a global threat to freedom and democracy. The development and widespread use of digital media allows for campaigns to spread quickly, making disinformation a more pressing problem. In recent years, both the flow of information and disinformation has accelerated.

That’s why coordination between the key players in the EU and, strategic communication, public diplomacy, and digital communication is important in the fight against disinformation.

Hence this EU effort probably was best manifested this week when on Monday a Disinformation Summit took place in Brussels. This event was organized by the EPP Group in the European Parliament where was discussed the creation of an EU ‘war room’ to counter disinformation, and ways to strengthen the voices of fact and free speech while also strengthening resilience and media literacy within Europe

How significant this is for the European Union for Brussels Morning speaks Eva Maydell the Member of European Parliament. In a statement for the newspaper, she highlights that the fight against disinformation strikes right at the heart of defending democracy.

– “We find ourselves on the battlefield between disinformation, free speech, and truth. We have seen how disinformation is used as a weapon of war and how Putin and his regime have used the spread of this disinformation across the media to justify their crimes and aggression. We cannot ignore the incredible toll that foreign interference can have on democratic elections, the fight against COVID, and the fight to protect fundamental rights. Piece by piece disinformation is chipping away at citizens’ trust in its democratically elected government, scientific research, and reputable news agencies. However, we have also seen how Ukraine and prominent figures have used social media to effectively counter disinformation, and reach out to people beyond the filters of Russian state media to deliver truth and facts about the war in Ukraine. We need a determined and coordinated effort by the EU and democratic nations of the world to fight back against disinformation. That is why we are having this summit. We are bringing together key voices in this area in order to find solutions. These could include a forum for coordination among experts in the field – for example, an EU disinformation war room, and better using the tools at our disposal to increase media literacy and digital skills among citizens.” – said Maydell.