Ways to cook mushrooms – from spiced rice to pasta with prosciutto 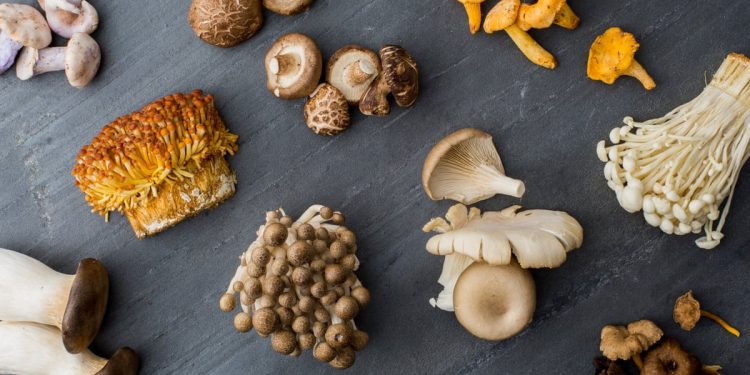 Not everyone likes mushrooms. In fact, edible fungi come in such an extraordinary variety of tastes, textures and shapes that it is probably impossible to like all of them.

Personally, I am not tempted by mushrooms that lie at either the extremely small or extremely large end of the size scale. I accept that a very big portobello mushroom can readily replace the meat portion of a burger – a simple but effective recipe for that can be found here – but it is not something I would do. Also, I am a little afraid of those enoki mushrooms with the long stems and tiny caps. They have the look of something that went wrong while the lights were off. What I am saying is: you can allow yourself a few irrational prejudices and still count yourself a mushroom enthusiast. I do.

That said, I am guilty of sometimes trying to make mushrooms disappear: throwing them on top of a pizza, or into a stew, a pasta sauce or an omelette, chiefly because I have a sneaking feeling they have been in the fridge too long and a firm belief that they can’t do any harm. It may be time to fully embrace the idea of cooking with mushrooms deliberately.

You don’t normally have to rinse mushrooms, but you certainly can if you feel they need it – just do it quickly, so they don’t soak up too much moisture. They already contain plenty of water – especially the ordinary white sort – which is why they can turn out soggy when you sauté them. Keeping the heat high should help the moisture evaporate.

As quick, basic meals go, mushrooms on toast make for an elegant dish – “the best of the something-on-toasts”, as Nigel Slater puts it. Thankfully, this elegance is not a function of the effort involved. Add an egg and you have breakfast. Angela Hartnett’s version is like restaurant dining at home – and you could probably still manage it with a hangover. I would almost suggest you could manage it while drunk, but that is how accidents happen.

Slater’s supper of mushrooms with ginger and coriander is just as quick to come together, as long as you have chopped up the garlic, ginger, chilli and spring onions before you start, as he suggests. Likewise, his spiced mushroom rice requires the preparation of a paste consisting of spinach, peanuts, red curry paste and groundnut oil. He also uses sushi rice, which needs to be soaked for half an hour first, but you can substitute basmati with no loss of face.

I make Claire Saffitz’s mushroom pasta with prosciutto a lot, but I still watch the video tutorial every time, because I think the precise order of operations is the key to it. Like many of the recipes here, it calls for a general medley of fancy mushrooms – a combination of whatever happens to be available – in no particular proportions. Those “exotic mix” mushroom packs you often find in supermarkets are handy for this, but they are expensive and never quite enough – pad out the weight with some ordinary chestnut mushrooms, sliced.

Thanks to their texture, mushrooms often take the place of meat in classic recipes. Jamie Oliver’s mushroom stroganoff is a case in point. (Again, the mix of mushrooms employed can stretch to anything your budget will allow.) The Doctor’s Kitchen does a mushroom bourguignon. In this rogan mushrooms recipe by Anjum Anand, mushrooms stand in for lamb. Yotam Ottolenghi’s mushroom lasagne adds the earthy intensity of rehydrated porcini mushrooms to the mix.

Mushrooms also stand up well to baking. This can be as painless as an all-in-one oven breakfast of eggs, mushrooms and ham, slapped into a tray and baked until the egg is set. You can add spinach or kale to the mix without complicating it in the slightest.

Lunch could be as robust as Slater’s baked mushrooms – four large field mushrooms upturned on a tray, their caps filled with tarragon and mustard butter – or as delicate as Dan Lepard’s mushroom and cheese soufflé. Rachel Roddy’s potato and mushroom bake has last-minute supper written all over it.

With a block of puff pastry at your disposal, you can attempt Ottolenghi’s mushroom tarts with pine nut and parsley salsa. Each has a lid made from a whole portobello mushroom, pressed into the mixture skin-side down.

Ottolenghi also offers this mushroom pithivier – a domed French pie – as another way of deploying mushrooms with puff pastry. Mary Berry, meanwhile, turns shop-bought pastry into a spinach and mushroom en croûte made with gruyère, ricotta and egg yolk. It can be prepared up to eight hours before you need to bake it. Berry’s recipe also contains some typically lapidary advice: “Never make an en croûte larger than for 12.” Words to live by.

Finally, if your old mushrooms are too tired even to hide in a late-night omelette, Tom Hunt has a way to make use of them: mushroom ketchup. As long as they smell OK, your withered fungi can be combined with onion, garlic, nutmeg, vinegar and horseradish to concoct this 18th-century condiment. Kept in the fridge, it will extend the life of your mushrooms for another month, which should give you plenty of time to work out what to put it on.