Washington and Brussels close to truce in planemakers’ war 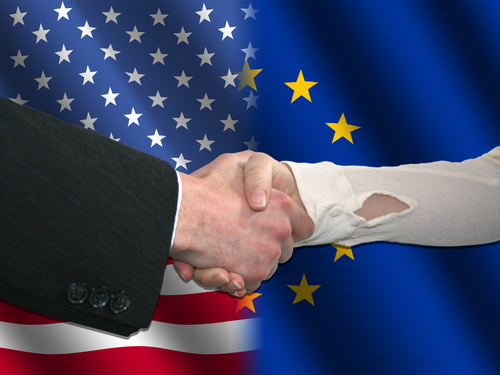 Brussels (Brussels Morning) The US and the EU seem to be close to truce in a 17-year long dispute over subsidies provided to their respective planemakers, Boeing and Airbus. After years of wrangling, the dispute was taken to the World Trade Organisation (WTO), where both sides were found to be at fault. Despite this, tensions continued to grow as Washington and Brussels launched into a tit-for-tat tariff war, which was only paused by a temporary ceasefire this year.

Multiple sources confirmed early Tuesday that a draft deal has been ironed out after two days of high-stakes negotiations between US and EU representatives. Reportedly, the deal would introduce a five-year suspension in tariffs between the two sides, extending the temporary pause that was set to expire in July.

In parallel with the suspension of tariffs, the two sides will form a task force, which they hope will reach a more permanent mutual agreement on subsidy limits, in an effort to ensure that the current issue is resolved in a manner that means it will not re-emerge. .

A permanent solution will also have to include the UK as a third party. While Britain has left the EU, it still contributes significantly to the production of Airbus, employing some 14,000 people. The plan is to sign a duo of treaties, one between the EU and the US, and another between the US and the UK. Airbus has already made it clear that the company might move all of its operations from the UK should London refuse to cooperate in the transatlantic deal, which would complicate matters for the European manufacturer.

US Trade Representative Katherine Tai discussed the trade dispute with EU Trade Commissioner Valdis Dombrovskis on Monday, and is scheduled to visit London on Wednesday, after today’s EU-US summit, where the truce is expected to be confirmed.

Speaking to Reuters earlier last month, Tai expressed optimism that the deal could be reached before the 11 July deadline. She noted that both sides need to take a look at the “bigger question” of China’s burgeoning state-sponsored aircraft industry. Beijing’s state-owned aircraft industry is enjoying disproportionate levels of state subsidies as it attempts to become a global player in the field.