Warnings of rise in corona cases across the EU 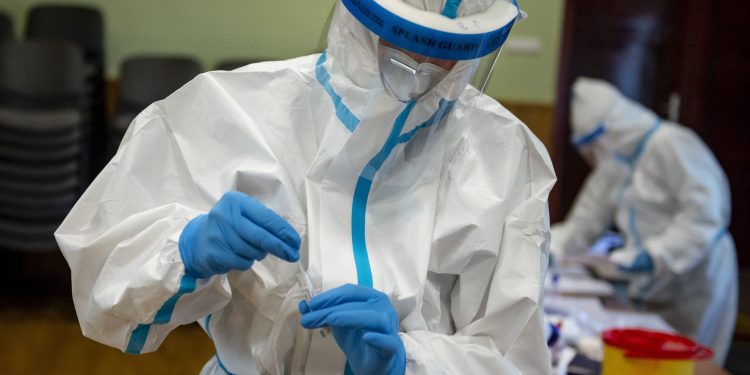 The rise in numbers of newly confirmed coronavirus infections in several EU member states has exceeded the March peak according to data just released by the. European Centre for Disease Prevention and Control (ECDC)

EU Commissioner for Health and Food Safety Stella Kyriakides, stressing that the situation gives real cause for concern, called for new measures to curbthe spread of the virus. Since it first surfaced at the end of 2019, coronavirus has claimed close to one million lives.

The number of new infections may be soaring in many parts of the EU, but the death rate has not returned to the levels recorded in the spring. The ECDC cited Bulgaria, Croatia, the Czech Republic, Hungary, Malta, Romania and Spain as countries of very high concern, noting that all seven EU member states had recorded an increased proportion of severe cases among older people. The ECDC observed that an increase in death notification rates could occur in the countries concerned.

France and the UK have seen rising infection rates mostly among younger people, who, according to the ECDC, develop severe symptoms less frequently. Of greater concern is the growing number of infections among the elderly.

France’s Minister of Solidarity and Health Olivier Véran has announced severe restrictions on Wednesday for those parts of the country particularly hard.hit. Bars, restaurants and gyms are to close in Marseille, while Paris and 10 other cities will see working hour restrictions, with gyms fully closed in Paris.

On Thursday, Anne Hidalgo, the Mayor of Paris, announced she had lodged a formal complaint over the new restrictions, particularly the closure of gyms, pointing out how important exercise and sports are in maintaining health and immune system strength.

Israel, with the highest infection rate in proportion to population, imposed a second nationwide lockdown last week, with restrictions on work and leisure. On Thursday, it tightened the measures even more, closing most workplaces and markets and limiting prayers and demonstrations, while the authorities are considering the possibility of closing the nation’s Ben Gurion Airport outside Tel Aviv.

Epidemiologist Hagai Levine blamed Prime Minister Benjamin Netanyahu rush to ease the first lockdown as being responsible for the current crisis. He warned that the public could lose its trust in authorities for actions that are unplanned and illogical.