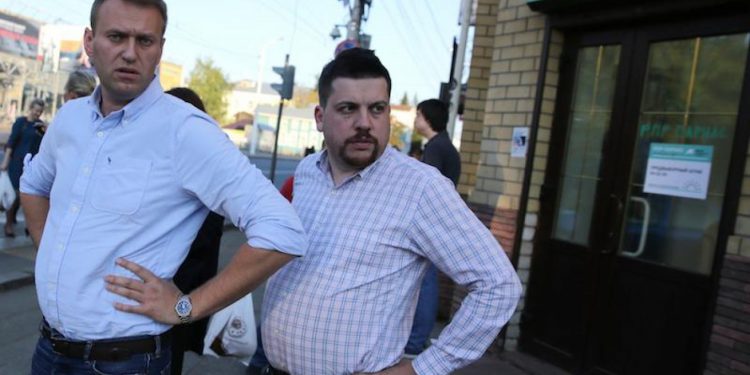 The chief of staff of Russian opposition politician Alexei Navalny warned on Tuesday against introducing sweeping sanctions against Russia in response to the Navalny poisoning outcry, DW reports. Leonid Volkov stressed that broad Western sanctions would give Moscow an opportunity and excuse to spin propaganda in support of its current narrative regarding the poisoning.

Germany is contemplating a broad range of sanctions against Russia, whereas Volkov is suggesting it would be best to direct them against Russia’s President Vladimir Putin and his closest associates instead. Volkov also warned that dirty money from Russia has corrupted politicians in Europe as well as European institutions, and that this has to be stopped. Putin, he claimed, views bridge-building strategies as a sign of weakness and scorns attempts to reach out to him regardless of what he does as signifying hypocrisy and cowardice.

Speaking at the UN General Assembly session on Tuesday, President Emmanuel Macron demanded that Russia shed light immediately on the Navalny poisoning, noting that the use of chemical weapons will not be tolerated, according to Reuters .

The Kremlin claimed Tuesday that Navalny’s allies had removed evidence from Russia, which prevents the authorities there from looking into the Navalny incident. Kremlin spokesman Dmitry Peskov reiterated that Russia still cannot access information from Germany, where experts concluded that Navalny had been poisoned with the Soviet-era nerve agent Novichok.

Berlin’s Charité Hospital announced today that Navalny’s condition had improved to the point where he has been discharged from the intensive care unit, Reuters reports. The hospital statement stressed that the information was being released with the approval of the patient and his spouse, adding that physicians believe full recovery is possible.

While Berlin points out that tests in Germany, France and Sweden clearly indicate that Navalny was poisoned with a Novichok nerve agent, Moscow continues its demands to review the evidence and denies any involvement in the poisoning.