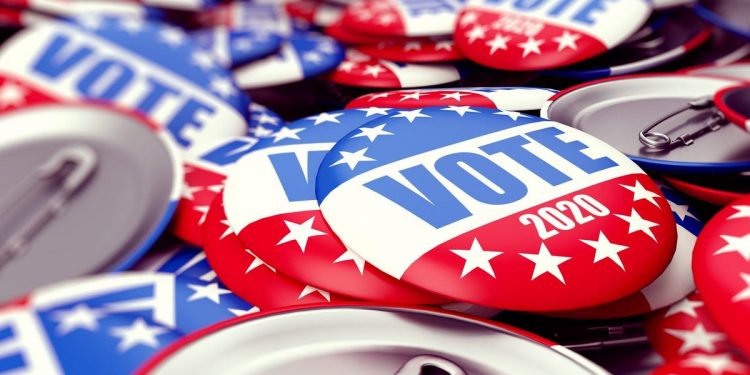 Whether driven by Democrats’ innate anxiety about election outcomes or political pundits’ gravitation towards the contrarian, the days leading up to any American election are consumed by the same question: How can Democrats blow it?

New York (Brussels Morning) The shocking results of the most recent presidential election only exacerbates these concerns. Election punditry in the last week has been awash in analysis – much of it devoid of any facts whatsoever – suggesting Joe Biden may be in for the same fated outcome as Hillary Clinton four years ago.

For starters, the 2016 election was upended in the closing days of the campaign by an unprecedented injection of a scandal into the political zeitgeist. Voters faced an onslaught of negative news about Hillary Clinton, as coverage was intensely focused on FBI Director Jim Comey’s announcement of a bogus email investigation into her tenure as Secretary of State.

Analysis conducted by the Shorenstein Center after the election found that the tone and tenor of 2016 election coverage shifted markedly against Clinton in the closing week of the campaign. Just as an unusually large number of undecided voters were making up their minds, they were hearing negative information about Hillary Clinton. It led late deciding voters to back Donald Trump. According to the exit polls, Trump won these late deciding voters in Wisconsin by 29 points and by 17 points in Pennsylvania – both states that he ultimately won be merely thousands of votes.

Coverage of the election this year is vastly different. Polling this week by Change Research finds that voters are hearing mostly positive news about Joe Biden (52-31%) and overwhelmingly negative news about Donald Trump (20-68%), as the coronavirus pandemic continues to grip the attention of voters. In the last few weeks, as Trump crisscrosses the country to claim that the United States is ‘rounding the corner’ on coronavirus, cases are surging. The Trump campaign has been unable to effectively counter message against this grim reality and, worse for them, their attempts to attack Biden have mostly fallen flat.

Beyond the vastly altered news cycle in the closing days of this election, compared to four years ago, voter perceptions themselves have also changed dramatically.

A helpful polling measurement to help decipher the general mood of the electorate in America is the generic congressional ballot. Simply put, as a voter, are you likely to support Democrats or Republicans in this election. Heading into the 2016 election, the generic ballot was tied – voters were split evenly. Ultimately, Republicans wound up winning the national congressional vote by 1 percent.

Heading into the final days of the 2020 election, Democrats hold an 8-point lead on the generic congressional ballot – a significant improvement over their position just four years ago. It suggests that, notwithstanding the presidential campaign between Joe Biden and Donald Trump, voters this year are much more inclined to vote for Democrats up and down the ballot. It is why, in the closing days of this campaign, we see the Trump campaign making stops in places like Iowa and Arizona – both states he won comfortably in 2016 – and Republicans increasingly concerned about their electoral prospects in states like Georgia and Texas.

While the 2016 election does not portend the results this year, there is a recent election that presents a number of commonalities: the 2008 election between Barack Obama and John McCain.

In that year, the generic congressional ballot stood at 9-points nationally – similar to the lead Democrats hold today. Also similar to this year, Democrats were able to successfully weave together a broad coalition of Black and Latino voters, and college-educated whites, as they held their own among non-college white voters. In both polling and analyses of the historic early vote we are witnessing this year, these same trends are apparent. Obama won the popular vote in 2008 by 7.2 percent against McCain, relatively comparable to the 8.7 percent lead Biden currently holds against Trump nationally.

There are a lot of reasons for voters to feel concerned, anxious, and worried about the direness of our current reality. But as we head into the final hours of this presidential election, there is little evidence to suggest that Democrats are doomed to repeat the same gut-wrenching defeat as 2016. If anything, we can confidently say that both the media and political environment are vastly different than four years ago, which together portends a grim electoral result for Donald Trump.