Walmart joins Microsoft bid for TikTok takeover in US 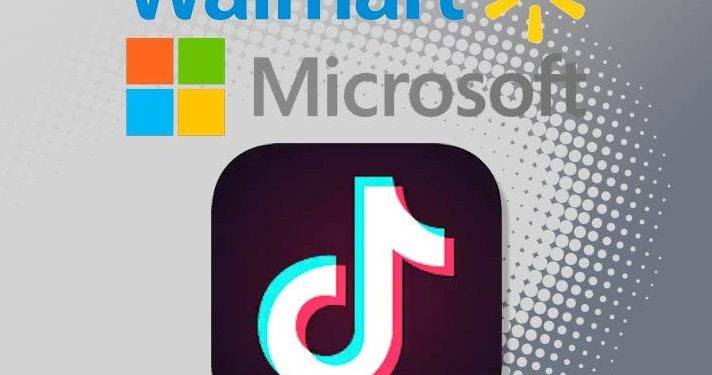 Walmart has partnered with Microsoft to bid for the US operations of hugely popular video-sharing app TikTok, as the world’s largest retailer looks to become a force in the fast-growing digital media sector.

Walmart, which is looking beyond bricks and mortar to rival to Amazon in online retail, said that it is confident the joint bid will pass muster with the Donald Trump administration.

Trump’s trade war with China has forced ByteDance, the Beijing-based parent of TikTok, to seek a sale of its North American business to a US company within 90 days or face being shut down. Trump has accused the video app of threatening national security.

Walmart has said that a deal will allow it to better target a younger demographic, as most of TikTok’s hundreds of millions of users are in the 12 to 24 age bracket. A deal would also boost its nascent advertising business. Amazon has rapidly grown its online ad business to almost $15bn (£11bn) annually.

“We are confident that a Walmart and Microsoft partnership would meet both the expectations of US TikTok users while satisfying the concerns of US government regulators,” Walmart said in a statement.

Investors reacted enthusiastically to the move with shares in Walmart, which already works with Microsoft using its Azure cloud platform, climbing 6%.

However, Walmart’s previous forays into digital media have not always been a great success. Earlier this year it sold its Netflix-style streaming service Vudu, which it launched a decade ago, to movie ticketing company Fandango for an undisclosed sum.

Microsoft has been in talks for weeks to buy TikTok’s business in the US, Canada, Australia and New Zealand and has been considered the frontrunner. Rival bidders for the business include Larry Ellison’s Oracle, which has partnered with a group of US investors including General Atlantic and Sequoia Capital.

The political situation that TikTok has found itself in has claimed its chief executive, the former Disney executive Kevin Mayer, who resigned just months after joining.

The hiring of Mayer, who oversaw the successful launch of Disney’s global streaming service Disney+ but was overlooked to replace chief executive Bob Iger, was meant to address the issue that TikTok needed to become a more US-centric business.