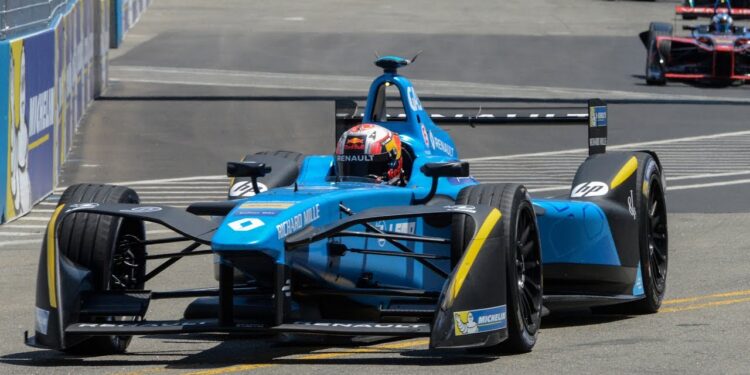 Brussels, (Brussels Morning)- Students from the Vrije Universiteit Brussel will present their latest electric racing car on Friday evening. They’re here, after a three-year hiatus, with a car they built from scratch, reported BRUZZ.

Built, not bought is the hobbyhorse of the seventeen industrial engineers in training. For their new, fully electric car – which they christened ‘Atlas’ – they are doing everything they can this year to deliver a sturdy car with which they will participate in the Formula Student Competition, a racing competition for students.

The race consists of several parts, including a presentation of a business plan, static testing, dynamic testing and engineering design. The VUB team always scores very well on that last part, says Alexis Salmon, a member of the team, because they build the car entirely themselves – except for three parts. “We consciously chose to do that, to take some of the burden off our team. We want to pick this up again next year,” says Stein Grandjean, head of Cooling and Aerodynamics.

In addition, the team mainly focused on the development of new engines that they want to put in the wheels next year. In this way the car will be able to accelerate faster and therefore perform better.

Salmon is already looking ahead to the race that will take place at the TT Circuit in Assen, The Netherlands, from July 11 to July 14. “The race in the Netherlands is not easy, this race is even known as one of the strictest among the races. Formula Student is an international competition between universities. What is special about our team is that we are actually quite small. We do the same as larger teams, but with less manpower. Above all, that shows that we are a very motivated team, who want to spend a lot of time in the car.”

During the corona pandemic, the students did not build a car, but some team members shifted their focus. “There was something else important going on, which was the severe shortage of respirators during Covid-19. Together with Professor Mark Runacres, we wanted to build a prototype of a ventilator in a week to help corona patients.”

“The university was very supportive of this project – ‘Breathney’ – and it was even decided to change the topics of our bachelor’s and master’s theses to this machine. We’ve worked completely open source so anyone with access to basic auto parts and sheet metal cutting machines can build one,” Grandjean and Salmon say.

The car will be presented at City Hall on Friday at 8 p.m.