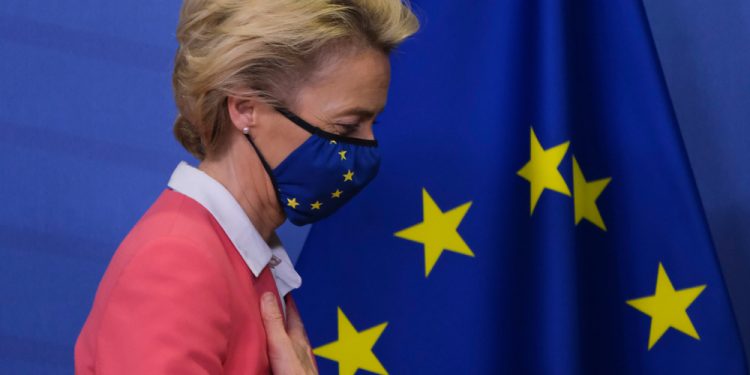 “This will help them to build reception centres, mobile hospitals and schooling for children… it can provide employment support, for example training and language courses, or childcare facilities”, von der Leyen exclaimed. “For me, this is a truly inspiring example… because it shows what a difference cohesion policy can make.”

The EC’s cohesion policies have an impact on everyday lives of EU citizens, she declared, citing the Commission’s coronavirus pandemic response and the green push.

Cohesion offers “pure power”, coming as it does “with impressive financial backing”, she said, noting that in this instance “we are talking about nearly 400 billion euro” for the period up to 2027.

Von der Leyen announced plans to “invest in renewables like never before”, saying the Commission’s cohesion tools were a driver of change. She urged member states to speed up implementation of their cohesion projects, noting in particular that “regional plans are still missing.”

“Cohesion policy is the instrument of choice for all regions to reap the benefits of our new European growth model… because in Europe we pull each other up”, she declared. Calling it “the silent strength of our Union”, she equated the policy with a “promise that we all enjoy the fruits that come from peace and progress.”

For this reason, no region should be left behind in the drive to invest in a future that would make “our towns and regions prosper”, she said, while adding that the EU cohesion policy serves as a “vital ingredient of our unique single market.”