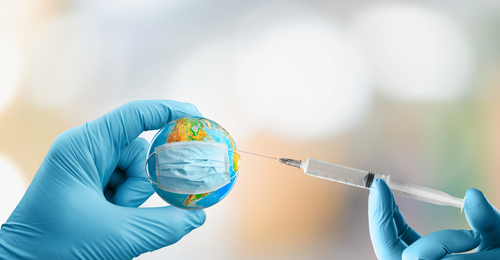 Calling the coronavirus pandemic “the biggest global health crisis”, von der Leyen stressed that the coming year would be “another test of character” for the Union, saying “we chose to go it together”.

She described her pledge to donate 200 million doses as “an investment in solidarity” and “an investment in global health”, while praising the Union’s vaccination drive, noting that 70% of Europe’s adult population is now fully vaccinated. Von der Leyen called for the pace of vaccination around the globe to be accelerated, stressing that the Union must make sure “it does not turn into a pandemic of the non-vaccinated”.

The EC President also focused a large part of her address on the climate crisis, and the importance of Europe’s youth, calling climate change “the greatest crisis” on the planet, and praising the Union for standing together behind the European green deal. She announced that the Commission will propose setting aside an additional 4 billion euro to finance the fight against climate change by 2027.

Von der Leyen also touched upon the ongoing crisis in Afghanistan, pledging that the EU will step up its financial assistance for the troubled Central Asian country with an additional 100 million euro.

She noted that there are deeply troubling questions that NATO allies will have to tackle, but stressed that there can be no security and defence issue where less cooperation is the answer. The EC President announced that the Union will hold a summit “on European defence” with France’s President Emmanuel Macron, when France takes over the Union’s rotating presidency at the beginning of next year.