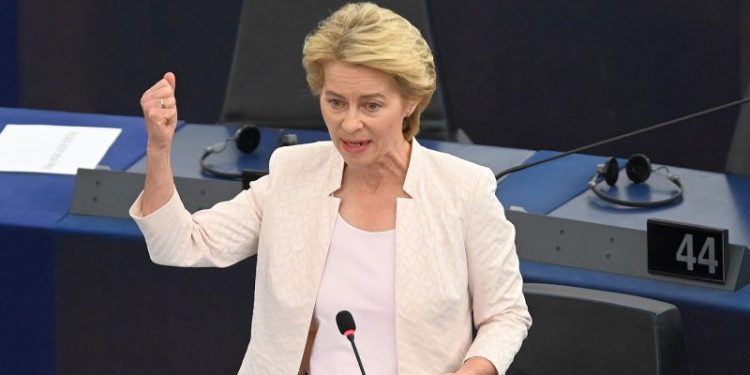 European Commission President Ursula von der Leyen said yesterday she believed the British Government would fulfill its “obligation under international law” by adopting the Withdrawal Agreement negotiated between the parties for a future partnership.

The reaction came after the Financial Times reported that the government led by Prime Minister Boris Johnson is preparing to adopt domestic legislation this week that would “dilute” some of the commitments made by the UK in the Withdrawal Agreement signed with the EU, in particular those dealing with the status of Northern Ireland and the level of State aid.

So this week once again, a frenetic atmosphere marks the latest round of EU/UK negotiations on the post-Brexit relationship. The speculated scenario now points to an exit without a closing agreement, the outcome of a persistent lack of progress.

The so-called “transition period”, contemplated in the Withdrawal Agreement negotiated between the parties and consummated last January, ends on 31 December next. However, procedural and legal reasons require the parties to reach an agreement no later than the end of October, an outcome that seems less and less likely in light of the current state of negotiations and the recriminations on both sides.

On Sunday, Prime Minister Johnson brought the deadline forward for reaching a compromise, maintaining that 15 October is the date for concluding a post-Brexit agreement with the EU.

Yesterday, the head of the Conservative Government announced “the final phase of negotiations with the EU“, adding to the build-up of pressure before the negotiations scheduled for this week resume, while indicating that the UK is not prepared to compromise on its independence.

At the end of the August round of negotiations, the European Union’s chief negotiator for future relations with the United Kingdom, Michel Barnier, said he was “disappointed and concerned” about the lack of progress, commenting that, “as in July, British negotiators showed no willingness to progress on key issues for the EU”.

The transition phase that was negotiated after the United Kingdom formally left the EU on 31 January of this year, and which maintained the country’s access to the European single market and the Customs Union, is to end on 31 December.

If the EU and the UK are unable to reach an agreement in time, World Trade Organization (WTO) rules, including customs duties, will apply from January 2021 on when it comes to trade relations between London and EU member states.