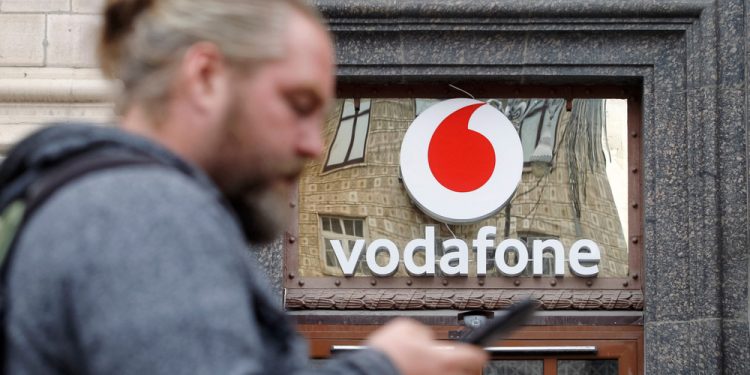 A man looks on a smartphone next to a signage with logo of Vodafone mobile operator company in kiev, Ukraine

Brussels (Brussels Morning) Vodafone has offered more than 2.1 billion euro to minority shareholders of Kabel Deutschland, in a bid to settle a long-standing legal battle that ensued after the UK telecoms group took over a majority stake in the German cable television operator, Reuters reported yesterday.

Vodafone purchased close to a 77% stake in Kabel Deutschland in 2013 for 7.7 billion euro, but minority investors believed that the UK company underpaid for the acquisition. As a result, a group of shareholders, including the US activist hedge fund Elliott Management, took Vodafone to court.

After years of legal battle, Vodafone announced on Tuesday that it had reached an agreement with Elliott and other shareholders representing a 17.1% stake in the company. Vodafone will offer 103 euro in cash for each outstanding Kabel Deutschland share, while Elliott, D.E. Shaw and UBS O’Connor have agreed not to take any further legal action against Vodafone.

The price Vodafone offered in its tender, 103 euro per share, is slightly lower than the 30-day average for the stock, which stood at 108 euro, but is still far higher than the 92 euro per share it would have to pay under options created at the time of the takeover.

Should all remaining shareholders accept the offer, the UK telecoms group, which is the second largest mobile operator in the world, will have to cash out some 2.1 billion euro, raising its net debt to 46.1 billion euro. After the tender announcement, Vodafone shares dropped 1%.

When a Munich court ruled in November last year that Vodafone had paid an “adequate” price for Kabel Deutschland, minority shareholders appealed the ruling. The appeals process lis ikely to take several years.

Citing Citi analyst Georgios Ierodiaconou, Reuters noted that the new offer was not surprising, and that it represented a reasonable price that would help eliminate one of the potential risks to the group.