Vincent Kompany looks ahead to the cup final 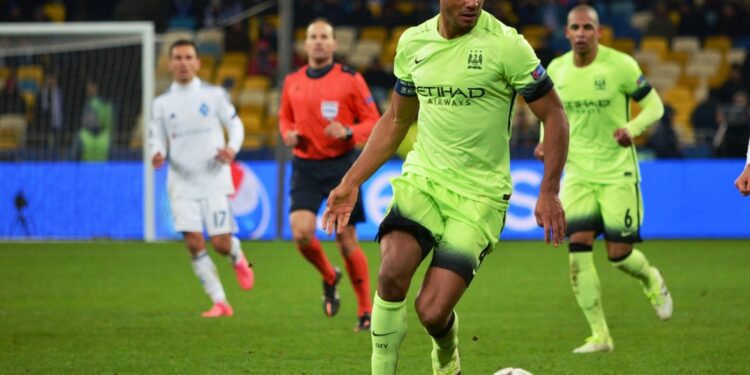 Brussels, (Brussels Morning) –  RSC Anderlecht will be looking for its tenth Belgian Cup tomorrow in the King Baudouin Stadium. Then the inhabitants of Brussels have to pass AA Gent in the final. “I hope that my players will give the best of themselves tomorrow”, coach Vincent Kompany looks ahead.

“We must not leave anything to chance in the run-up to the final and we must prepare the game down to the last detail,” said Kompany according to a report by BRUZZ, who emphasised that he has not changed that preparation.

“That also applies to the upcoming games in the play-offs. We have been talking about this period of the year since the start of the season, where crucial and decisive top games follow each other in quick succession.”

“Do I dream of the cup? Dreaming is something to do before the start of the season, now it makes no sense. Now you just have to believe in it until the last moment.”

Gent and Anderlecht were very evenly matched this season in the mutual duels. The Buffalos booked an important victory (1-0) against the Purple & White a month ago, but in the end it was the people of Brussels who qualified for the play-offs.

“We did not achieve the desired result in Ghent despite a good performance. I hope that my players will give their best in the final tomorrow. Maybe someone will rise above themselves, we will see who.”

“It is important for us to be dangerous throughout the match, then we always score. In a final between two evenly matched teams, the team that performs its tasks best and stays focused wins.”

“The cup was often not at the top of the club’s agenda. When I played in the first team as a youngster, it was not a priority, until we reached the semi-finals, for example,” continued Kompany, who has won prizes in his playing career.

“Now every prize has priority, I think. We will take all the trophies we can take. The build-up to the final for me as a coach is comparable to when I was still playing football myself. So I have experience with this preparatory phase, the match itself will we have yet to see.”

The last time the Purple & White were allowed to raise the cup was in 2008, after a 3-2 win in the final against AA Gent.

In 2015, Anderlecht also made it to the final battle, when they lost to Club Brugge (1-2). Lior Refaelov, currently working for the Brussels team, was the bogeyman with the winning goal for Club in added time.

The 28-year-old keeper Hendrik Van Crombrugge also wants to win the Belgian Cup with RSC Anderlecht on Monday, it would be his first major trophy of his career.

Van Crombrugge lives “serenely and realistically” towards the final. “If we play our own game and believe in it from the first to the last minute, we can win the cup,” said the goalkeeper on Sunday at the King Baudouin Stadium in Brussels, the setting for the final.

“I don’t have a preference for a match scenario. I don’t care if I’m unemployed or have to make one save after another, as long as we win and I can raise the cup as captain it’s good.”