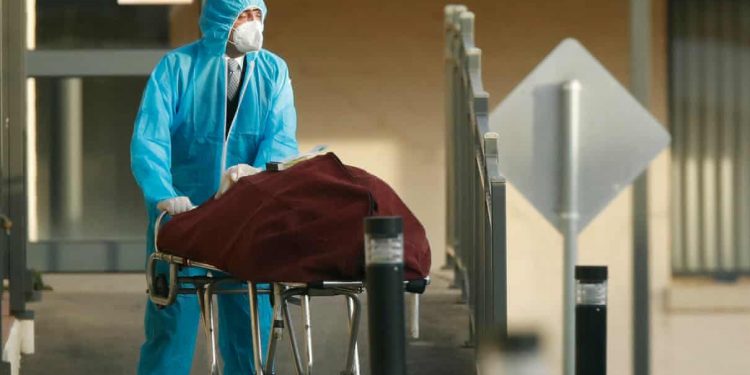 Australia has recorded its deadliest day of the coronavirus pandemic so far, after 17 people died in Victoria in the 24 hours between Saturday and Sunday.

Ten of the 17 deaths were linked to aged care homes, and the state also recorded 394 new cases of Covid-19, premier Daniel Andrews announced.

Sunday’s figures surpass the previous deadliest day – Wednesday – when Victoria reported 15 deaths, including a man in his 30s. A second man in his 30s died in the state on Saturday.

Victoria also recorded an additional 174 cases with an unknown source, bringing the state’s total to 2,758. A total of 634 people are in hospital with Covid-19, 43 people are receiving intensive care, and 26 people are on ventilators.

The state’s mental health minister, Martin Foley, also revealed that there had been a 9.5% increase in emergency presentation for self-harm in the state compared with the same time last year. For young people, there was a 33% increase.

Foley announced an additional $59.7m in funding for mental health, focusing on the surge in demand for acute services.

On Saturday night, the state’s health minister, Jenny Mikakos, also posted a long thread on Twitter saying she had strived to be “upfront and measured” about any potential mistakes in Victoria’s health response and had given “every ounce of energy” she had to her role.

Mikakos also hit back at what she called the “incorrect assumption” that she “can single-handedly report on the actions of countless individuals and many agencies involved in our pandemic response”.

“When we have to look back 100 years to the Spanish flu to find a pandemic of comparable global magnitude, it’s outside all of our collective experiences,” she wrote. “It means there’s no detailed go-to manual of how to respond to these pandemics.

“… No doubt, mistakes were made along the way, because humans are flawed yet contagious viruses are unforgiving.

“Since that fateful day on 25 January, when we had our first-ever case, I’ve worked every day to keep everyone safe. I have put every ounce of energy I’ve had into that effort. If it wasn’t enough, then I’m deeply sorry.”

The health minister also said that an upcoming inquiry into the state’s hotel quarantine system – which has been delayed by six weeks due to the stricter lockdown – would reveal the truth.

“I’ve always striven to be upfront and measured about the challenges facing us,” she wrote. “Let the independent judge do her job, let the cards fall where they may. I believe there is nothing to fear in seeking the truth. The truth will set you free.”

Premier Andrews told reporters he was “proud” of Mikakos and the state’s health team when asked about her tweets.

He said he hadn’t spoken to Mikakos yet and had only been briefed on the tweets, but that she was “a very strong person”.

“No one who is dealing with a second wave of this wildly infectious virus is pleased to be there,” he said. “No one wants to be in a situation where we’ve got to make some of the heartbreaking choices we have,” he says, and everyone is working as hard as they can.