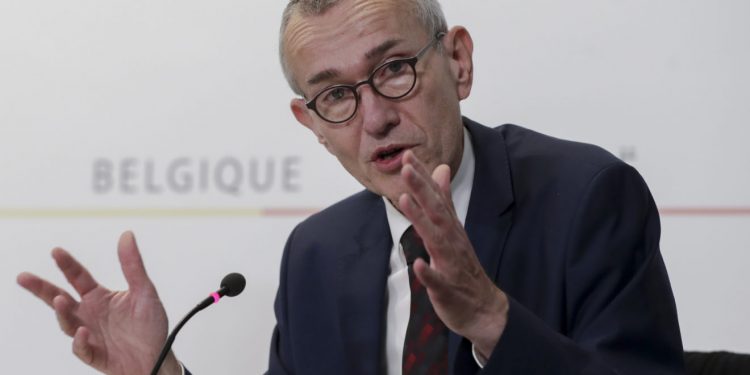 Brussels (Brussels Morning) Minister of Health Frank Vandenbroucke (Vooruit) proposes that the Consultation Committee should decide “in the very short term” on a “minimum pedestal” for cultural activities and events with a seated audience. He announced this on Tuesday afternoon after a consultation with the sector. The condition is that the epidemic is manageable and care is not expected to be overloaded, he says.

Minister Vandenbroucke consulted digitally with representatives of the various branches of the cultural sector on Tuesday morning. That sector is displeased because the Consultation Committee decided last week to ban all indoor events, which mainly affects the culture. The decision was ‘unfair, unreasonable and unnecessary’, according to the sector, which took to the streets in Brussels on Sunday and in the meantime also went to the Council of State.

According to BRUZZ, Vandenbroucke already made it clear in the House last week that a slightly more nuanced regime is possible in the short term, provided the evolution of the pandemic allows this. He repeated this during the meeting on Tuesday, which he calls constructive.

“Provided that the epidemic can be controlled and care is not expected to be overloaded, Minister Vandenbroucke will propose that the Consultation Committee decide in the very short term about a minimum pedestal for cultural activities and events with seated audiences that take place indoors, such as theater halls, concert halls, cultural centers and cinemas, and a step-by-step plan that starts from that,” his cabinet said on Tuesday afternoon. “A roadmap should give the sector a real perspective towards a real sector-wide reopening, allowing the cultural sector to play its crucial role in our society.”

The minister has proposed to the cultural sector to meet again next Tuesday. “The Consultation Committee can then take new decisions in the following days, when the epidemiological situation permits and with a view to a realistic perspective,” it said.

It is less certain whether the organizations will also accept that invitation. In a press release, a number of – mainly French-speaking – cultural organizations present say that they “take note of Minister Vandenbroucke’s refusal to accede to their demands” and that “consultations with the Vandenbroucke cabinet regarding the reopening of the cultural sector are suspended until the review of the decision to close the sector”.

“Minister Vandenbroucke does not want to move,” said Philippe Degeneffe, president of the French-speaking Fédération des employeurs des arts de la scène (FEAS). “The theaters will have to continue to work illegally.” The communication was signed, among others, by the Union of Professionals from the Artistic and Creative Sector (UPACT), which unites fifteen federations from different art disciplines, and the interest group Artists United.