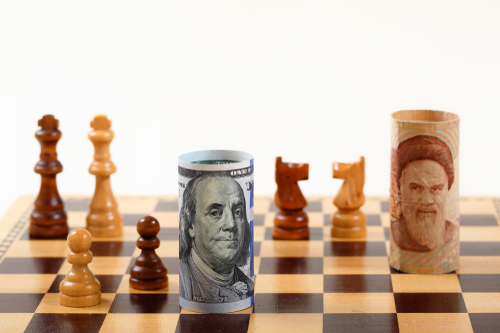 Brussels (Brussels Morning) The US took a significant step towards returning to the Iran nuclear treaty on Thursday evening, as President Joe Biden signalled he was prepared to talk to Iran about both countries returning to the 2015 deal, AFP reported.

Acting US Ambassador to the UN Richard Mills informed the UN Security Council on Thursday that his country was rescinding the assertion made by the administration of President Donald Trump that all UN sanctions had been reimposed on Iran.

Trump activated the so-called “snapback” mechanism, designed to re-impose the UN sanctions should Tehran fail to comply with the nuclear treaty provisions, months after he unilaterally withdrew the US from the treaty in 2018, prompting 13 out of 15 Security Council members to claim the move was illegal and void.

Show of good will

In a related goodwill move, the US State Department said that the US would accept an invitation from the European Union, which acted as a mediator in the original treaty, to attend a meeting of the original signatories – the US, Russia, China, France, the UK, Iran and Germany.

Even though such an invitation has not yet been  extended, it is expected shortly, after yesterday’s meeting between the representatives of European signatories and US Secretary of State Antony Blinken.

The Trump administration pulled out of the deal and unilaterally imposed sanctions against Iran even though the country was in full compliance with the so-called Joint Comprehensive Plan of Action (JCPOA), a treaty aimed at limiting Tehran’s nuclear programme to civilian purposes only.

After waiting for a year to see whether US allies could convince Trump to return to the treaty, Iran began a series of accelerating breaches of the treaty’s provision, culminating in this week’s announcement that it would stop allowing snap inspections by the UN nuclear watchdog, a ban that would make further monitoring of Tehran’s compliance difficult.

Iranian leaders claim they have been let down by Washington’s words once already, and are insisting they will not return to full compliance until the US lifts all sanctions and rejoins the treaty itself. President Biden has so far insisted he would only do so once Tehran has returned to full compliance. The upcoming talks may be the last opportunity to resolve the deadlock before a more hardline Iranian president is elected in June this year.