US to extend sanctions on companies involved in Nord Stream 2 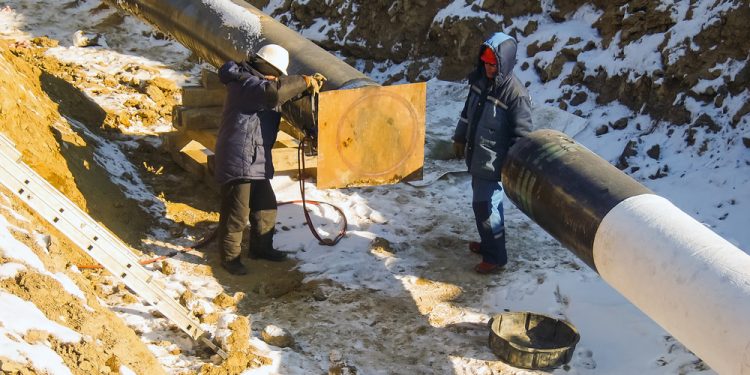 The plan is included in the final draft of the 2021 defence policy bill, which still needs to be passed by Congress.

The decision comes as Russia’s Gazprom announces plans to resume construction of the gas pipeline a year after work stopped on it because of the threat of sanctions.

The US first passed regulations on the Nord Stream 2 at end 2019, threatening to impose sanctions against any companies that failed to withdraw from the project in 30 days.

After the sanctions bill was passed, the project ground to a halt as two Swiss cable laying vessels stopped their work on the gas pipeline off the Danish island of Bornholm.

However, the consortium headed by Gazprom announced plans to resume construction last weekend, 12 months after the project was stopped.

According to the draft bill, companies involved in construction of the pipeline as well as those that provide insurance, testing, certification and inspection services would face sanctions.

Reports indicate that more than 120 companies from 12 European countries could face sanctions over their involvement in the Russia-Germany pipeline project worth 9.5 billion euro.

Washington must consult with EU

The draft bill does not open the way to impose sanctions against EU member states or the bloc itself over the pipeline and requires US officials to consult with their EU counterparts before taking sanction actions.

US President Donald Trump pointed out that the pipeline would make Europe economically and politically dependent on Russia. Poland and Ukraine oppose the project as well, warning that the Nord Stream 2 will give Russia a strong grip on Germany.

Last week, the Federal Maritime and Hydrographic Agency of Germany (BSH) issued a shipping alert about pipe-laying activities in the Baltic Sea in the period from 5 December to the end of the year.

BSH noted that the work is to be carried out in the Adlergrund shoal area near the German island of Rügen, advised against anchoring and fishing in the area and warned of demarcation and measuring buoys.

Construction of the pipeline is nearly complete, with some 120 kilometres of pipes still to be laid, which, on completion, should double Russia’s export of natural gas to Germany.

The German government insists the gas pipeline is needed as the country  turns away from coal and nuclear power.