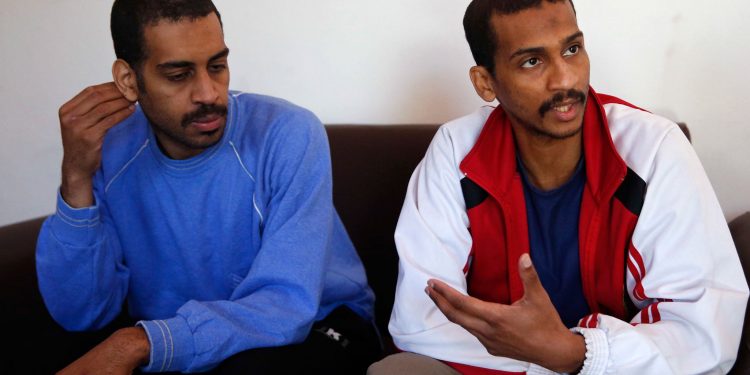 The US has promised not to pursue the death penalty against two British Isis members accused of taking part in the beheadings of western hostages, in return for UK cooperation with the prosecution.

The pledge was given in a letter from the US attorney general, William Barr, to UK home secretary Priti Patel, in the case of Alexanda Kotey and El Shafee Elsheikh, members of the “Beatles” group of British Isis members, who were captured by Syrian Kurds and then handed over to US custody in October last year. They are still being held at a US facility overseas.

Barr’s offer came with an ultimatum: if the UK failed to hand over evidence in the case by 15 October, the two detainees would be handed over to the Iraqi justice system.

“Further delay is no longer possible if Kotey and Elsheikh are to be tried in the United States, and the further delay is an injustice to the families of the victims,” Barr said in the letter to Patel, which has been seen by the Guardian. “Kotey and Elsheikh are currently held by United States military authorities in an overseas theater of military operations, and it is not tenable to continue holding them there for an extended period. Final decisions must be made about this matter.”

British cooperation with the US prosecution had been blocked under a ruling by the UK supreme court in March, and is still in effect, UK officials pointed out.

“The government’s priority has always been to protect national security and to deliver justice for the victims and their families,” a UK Home Office spokesperson said. “We continue to work closely with international partners to ensure that those who have committed crimes in the name of Daesh [Isis] are brought to justice.”

Kotey and Elsheikh were part of a group of four who are accused of being involved in the filmed beheadings of two British aid workers, David Haines and Alan Henning, as well as of two US journalists, James Foley and Steven Sotloff.

The group’s leader, Mohammed Emwazi, was killed in a US drone strike in 2015, while another, Aine Davis, was caught in Turkey and jailed for more than seven years in 2017 for membership of a terrorist organisation.

Nicholas Henin, a former French Isis hostage, welcomed the news that the death penalty would be dropped, saying on Twitter it was “great news that opens the way for a trial in the US”.