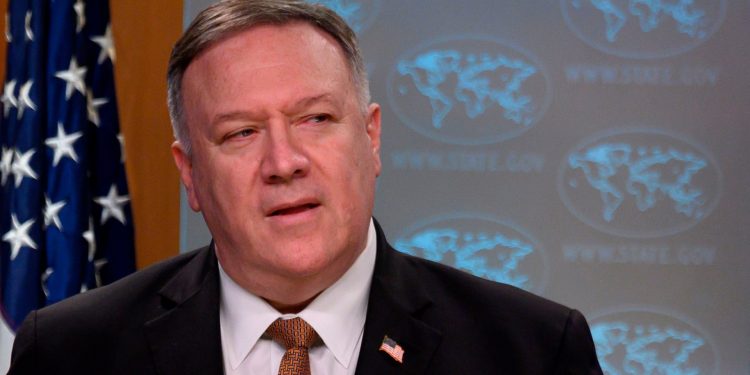 The US has suffered a humiliating defeat at the United Nations as its proposal to extend an arms embargo on Iran won support from only the Dominican Republic at the security council vote.

The US resolution was never likely to be passed in the face of Russian and Chinese opposition. It was proposed as a ploy by the Trump administration to open the way to more drastic action against Iran.

But the scale of the defeat on Friday underlined US isolation on the world stage ahead of a major diplomatic confrontation that threatens to consume the security council and further sap its authority.

The US stripped anti-Iran rhetoric from earlier drafts of the resolution in the hope of recruiting more supporters, but its insistence that an extension to the UN embargo would be indefinite made that impossible. Estonia and Tunisia withstood eleventh-hour US pressure to support the revised draft, a measure of diminished American clout at the UN. Russia and China voted against the resolution, the US and the Dominican Republic voted in favour, and all the other council members abstained.

In his response to the vote, the US secretary of state, Mike Pompeo, lashed out at other member states.

“The Security Council’s failure to act decisively in defense of international peace and security is inexcusable,” he said in a statement issued even before the result of the vote had been declared.

US officials have said that following the defeat of the arms embargo resolution, they would embark within days on a legally controversial tactic in an effort to restore UN sanctions lifted when Iran signed a nuclear deal with major powers in 2015.

The deal, known as the Joint Comprehensive Plan of Action (JCPOA), has a mechanism that allows any of the parties to the agreement to “snap back” UN sanctions on Iran.

Trump withdrew the US from the JCPOA in 2018 but US diplomats and lawyers will argue it is still technically a party to the agreement and therefore empowered to snap back sanctions. Most of the rest of the world, including some of Washington’s closest allies, disagrees, but the Trump administration has so far shown itself ready to proceed virtually alone.

“The US goal this week has pretty obviously been to table a resolution that will fail, so they’ve got an excuse for going to snapback next week,” Richard Gowan, UN director at the International Crisis Group. “It’s just a little bit embarrassing that it has failed so badly.”

The US special envoy on Iran, Brian Hook, announced his resignation days before the arms embargo resolution at the UN.

If the US proceeds with its snapback plan, it could lead to a situation in which there is no agreement on the status of UN arms sanctions, with the US declaring they are in effect and most other countries insisting there are not.

“Frankly, we’re soon going to be entering what you could call ‘security council in Wonderland’, by which the US will claim that the snapback train is rolling and others refuse to accept that,” Gowan said. “There will be lots of procedural fights in the council. But basically there will be two realities.”

The UK could find itself trapped between those two realities, forced to choose between them. London so far has stuck closely to an agreed European line with France and Germany.

“It appears the UK has chosen to put its security relationship with Paris and Berlin ahead of its desire for a Brexit trade deal with the US,” Gowan said.

Vladimir Putin has suggested a videoconference summit on Iran, and the Élysée Palace in Paris signaled that Emmanuel Macron was open to the suggestion. Donald Trump said he had heard about the proposal but had not been told the details. Trump and Macron spoke by phone on Friday but the White House account of the call did not mention the proposed summit.

Suzanne DiMaggio, senior fellow at the Carnegie Endowment Institute for Peace, said that the US focus was not on building coalitions on the issue but on provoking a diplomatic confrontation at the UN to please Trump’s core supporters.

She said the ultimate US aim was also to try to provoke Iran into a reaction, possibly leaving the JCPOA itself, or even expel international nuclear inspectors.

“It is a scorched-earth approach, destroying the JCPOA in order to make it difficult for a Biden administration, and for the Iranians, to return to it,” DiMaggio said. “They’re not concerned with keeping a lid on Iran’s nuclear program. They really want to kill this deal.”