US Secretary of State Pompeo to visit Greece amid Turkey row 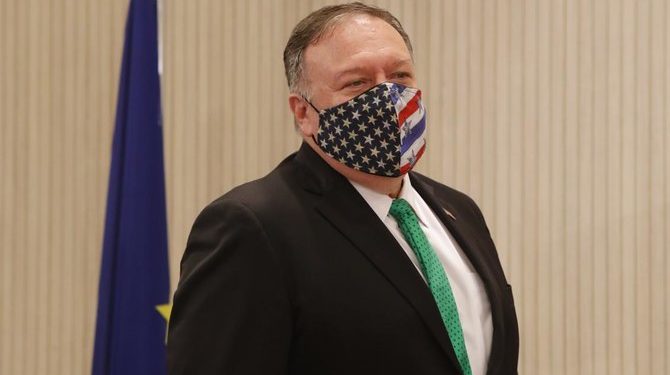 US Secretary of State Mike Pompeo is to visit Greece next week in a show of support following the recent upsurge of tensions with Turkey, RFI reports.

According to the State Department, Pompeo will renew a shared commitment to advancing security, peace and prosperity in the Eastern Mediterranean while acknowledging the strongest US-Greek relations in decades.

This will mark Pompeo’s second visit to Greece in less than a year. He will visit the city of Thessaloniki in the north and the island of Crete in the south of the country, where he will meet with Greece’s Prime Minister Kyriakos Mitsotakis.

Tensions between Greece and Turkey flared up anew in August when Turkey sent the Oruç Reis research vessel with an escort of naval frigates in search of oil and gas in disputed waters in the Eastern Mediterranean. Greece responded with naval exercises at the time. Tensions have simmered down since, with the two countries agreeing on Tuesday to start talks over the dispute.

Washington’s recent removal of its arms embargo on Cyprus angered Turkey, as did Pompeo’s visit to Cyprus earlier this month. Relations between the US and Greece have improved in recent years but US President Donald Trump maintains warm relations with Turkey’s President Recep Erdoğan as well.

Pompeo wrote on Twitter that he was looking forward to talking trade, security and religious freedom with his counterparts in Greece, Italy, the Holy See and Croatia next week, Kathimerini  reports.

Archbishop Elpidophoros of the Greek Orthodox Archdiocese of America attended a meeting with Pompeo in Washington on Thursday. In discussing the situation in the Eastern Mediterranean, Elpidophoros expressed concerns about the situation of Christian minorities in Turkey and the recent conversion of the Christian basilica Hagia Sophia into a mosque.

After the meeting, the Archbishop noted that he had warned Pompeo about Ankara’s increasingly aggressive stance against Greece and Cyprus as well as towards religious minorities in Turkey.