US says Russia massing more troops, could invade Ukraine at any moment 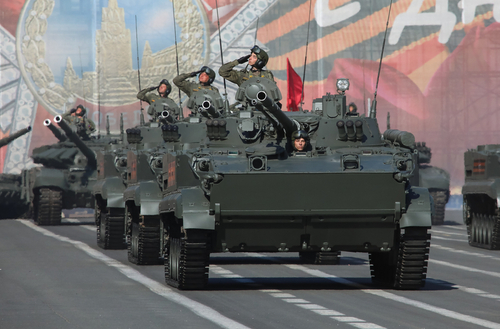 Belgium (Brussels Morning Newspaper) US Secretary of State Antony Blinken says Russia is massing more troops near its border with Ukraine, and warned that an invasion could take place at any time, possibly even before the end of the 2022 Beijing Winter Olympics.

Speaking during his visit to Australia today, Blinken said that the US continues to see “very troubling signs of Russian escalation”, which include new Russian troops arriving near the Ukrainian border. “We’re in a window when an invasion could begin at any time, and to be clear, that includes during the Olympics”, he declared.

Russia already deployed more than 100,000 troops to its border with Ukraine, with additional troops sent to the occupied Crimea peninsula and to neighbouring Belarus, where Russian forces are set to engage in friendly war games with the Belarus army, again close to the Ukrainian border.

While denying any plans to invade Ukraine, Moscow had demanded security guarantees from both NATO and EU member states as a prerequisite for defusing tensions over Ukraine. The demands include a pledge never to accept Ukraine into NATO, as well as the withdrawal of NATO forces from most former Eastern Bloc countries.

NATO’s reply this week rejected most of the Russian demands, while the EU opted to send a unified response, despite the fact that Russia’s Foreign Minister, Sergey Lavrov, engaged with each of the 27 member states individually.

The Kremlin dismissed both responses as an insult on Friday. “Such a step cannot be seen as anything other than a sign of diplomatic impoliteness and disrespect for our request”, the Russian foreign ministry stated. EU diplomats previously suggested that Russia engaging member states individually was seen as an attempt to sow division in the bloc, having counted on the fact that not all states have equally bad relations with Russia.

US President Joe Biden meanwhile has issued a stark warning to US citizens in Ukraine, saying that he would not send US troops to the country to rescue his compatriots in the event of a Russian invasion. “Things could get crazy quickly”, Biden told NBC News.