US pledges support in easing tensions between Greece and Turkey 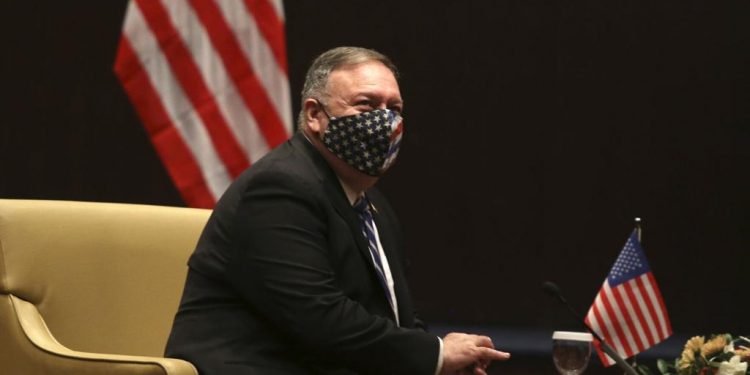 US Secretary of State Mike Pompeo has pledged that the US would try to ease tensions between Greece and Turkey by using its diplomatic and military influence, Kathimerini reported, Monday.

Pompeo pointed out that the US wants to ease tensions between the two NATO allies that are in dispute over rights to explore and exploit oil and gas resources in the Eastern Mediterranean. Pompeo started a five-day tour of the region yesterday in Thessaloniki, days after Greece and Turkey agreed to return to the negotiating table and iron out their dispute.

After Pompeo’s meeting with Greece’s Foreign Minister Nikos Dendias, a joint statement said they had agreed that the border demarcation issues in the Eastern Mediterranean should be resolved peacefully. Washington and Athens stand firm on enhancing close cooperation as NATO allies and are resolved to do all within their powers to safeguard stability and security in the region.

Tensions between Greece and Turkey soared last month, when Turkey sent the Oruç Reis research and exploration ship to the disputed waters escorted by Turkish naval vessels. Greece responded by sending its warships to the area. Later this week, EU member states are to discuss sanctions against Turkey over the incident.

Today, Pompeo lunches with Greece’s Prime Minister Kyriakos Mitsotakis. He also plans a visit to the NATO Souda Bay naval base on Crete.