US pledges further aid to Ukraine as two presidents meet 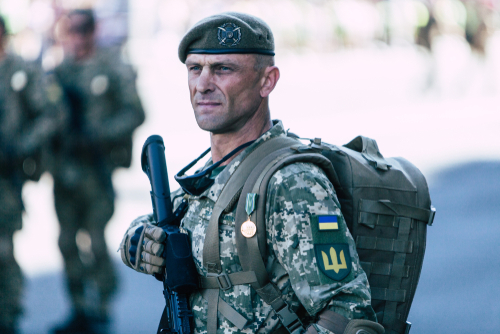 Brussels (Brussels Morning) US President Joe Biden met with his Ukrainian counterpart Volodymyr Zelensky in Washington on Wednesday, promising further security aid and support in the face of Russian aggression.

Biden promised Zelensky a defensive aid package worth $US60 million, consisting of various “lethal and non-lethal capabilities”, reportedly also including Javelin anti-armour missiles and other weapons.

Zelensky expressed his concerns regarding the Nord Stream 2 gas pipeline project constructed in the Baltic sea by Russian and German companies, which is currently near completion after the US lifted its sanctions against businesses working on the project.

From the Ukrainian perspective, the pipeline project threatens to enable Russia to circumvent Ukrainian infrastructure  when delivering its gas to Europe – a move which would cost the country billions in lost transit fees, a key part of Ukraine’s already-struggling economy.

Biden and Zelensky issued a joint statement saying both of their countries oppose the project, stressing they “support efforts to increase capacity for gas supplies to Ukraine from diversified sources”.

Zelensky also hoped to use his first official visit to Washington since Biden came to power to push for Ukraine’s membership of NATO, though the White House has been reluctant to commit to a membership path for Ukraine in the past.

The Ukrainian president embarked on a diplomatic offensive earlier this year, seeking sponsors within the alliance which would support the country’s eventual accession, though no concrete commitments were made.

Speaking to the press on Wednesday after his meeting with Biden, Zelensky said no time frame for NATO accession emerged from his talks with the US President, but claimed that Biden personally supported Ukraine’s ambition to join NATO. Biden’s spokeswoman Jen Psaki emphasised Kiev still needs to modernise its defence sector and proceed with rule-of-law reforms to meet NATO membership standards.